Jay Higbee’s family has been in business in Jacksonville for so long, they can’t remember the location of the first office.

“Great-granddad opened his first office Downtown in 1885. My grandfather moved the business to West Forsyth Street then we moved to our current location on Bay Street in the ‘60s,” said Higbee.

Foland and Higbee, Inc. manages and appraises property with most of its inventory in Springfield and North Jacksonville. Higbee said the company has more than 1,500 rental units on the books, including some buildings that used to house Naval officers and their families and even some of the buildings that were used as classrooms at the original Florida Community College at Jacksonville Kent Campus.

“We have always offered what people these days call ‘workforce’ housing. It fills a need that otherwise wouldn’t be available,” he said.

Higbee, who is the company’s COO, said he started spending time in the office when he was about five years old. His father gave him a “temporary job” 20 years ago when Jay was asked to fill in for a few days when an employee was injured in a motorcycle accident.

Other than the technology involved, Higbee said the family’s business really hasn’t changed that much since the late 19th century.

“My grandfather was reluctant to have computers,” he said. “We still had the old bookkeeping machines when I took over.”

These days the business depends on computers in the office and also has a Web site, www.floridasanddunes.com, to support a second office at the beach that markets oceanfront condominium rentals.

“The office at the beach has a completely different clientele than our Downtown office,” said Higbee.

A fifth generation of Higbees has already started spending time at the office. Jay’s 13-year-old son, Jamie, is already continuing the family tradition.

“I think the first time I brought him down here he was four years old,” said Higbee. 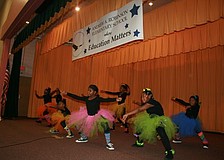 From Fant to Fant: It's a family tradition