Education: Undergrad at University of Michigan 1990 and Law Degree from Temple University 1994. - Admitted to the Michigan Bar in 1995 and Florida Bar in 1997.

What have you accomplished through community involvement?

My most recent undertaking was creating a stage for lawyers and judges to display their performing and visual artistry. The law community variety show in June 2008 allowed the JBA to showcase attorneys and judges in a light not otherwise seen in Jacksonville. It was amazing to see the display of talents cultivated in childhood and some even since practicing law. Close your eyes and you weren’t sure if you were listening to Celine Dion or Al Green. The event held at the Terry Theatre was met with loud applause throughout the show and shocked even the strongest skeptics.

Why hold the event?

There were two reasons for this event. First, it was to portray our legal community in a positive light as contributors to the arts. So often the front page is riddled with negative depiction of lawyers and judges as completely self serving. This event surely helped dispel that portrayal. The second purpose for the show was to support Jacksonville Area Legal Aid. We are fortunate that Legal Aid and the JBA are willing to think outside of the box and run with new ideas.

What was the biggest surprise in putting this event together?

There were two big surprises. The first surprise was how positive the media portrayed this event. At every step of planning, broadcast and print media was interested in covering open auditions in the winter to the conclusion of the show in the summer. I was expecting some deprecating remarks, but there were only positive reviews. The second surprise was the camaraderie built among the over 30 performers and visual artists. Some have even continued to perform together after this show. I have realized that anything the JBA can do to foster positive professional relations among its members will result in a high quality in the practice of law.

You are also involved with the Rotary Club of Mandarin?

I serve on the charitable giving committee and I am in the process of creating a 501(c)(3) which will allow Rotary to maximize all the tax benefits from its fundraising efforts. This year they raised $30,000 to support local charities such as Special Olympics Swim Team, Girl Scouts, Clark School, YMCA and more. Through the Rotary, we hosted a Turkish exchange student in our home.

We actively involve our children in Rotary and church charitable functions so they can see the need to live to serve others and not just ourselves. Rotary is a time tested organization that represents service above self. I continue to be amazed at the work of Rotary. The work it has done to eradicate disease and help build infrastructure in Third World countries is remarkable. 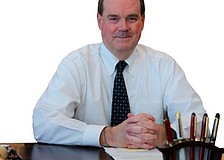 Bar Bulletin question: Why I belong to The Jacksonville Bar Association 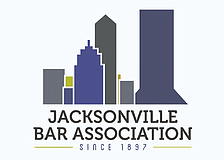