A pair of local radio hosts concerned about the City’s proposed incentives to move EverBank jobs from the suburbs to Downtown said Sunday they plan to attend the Jacksonville Economic Development Commission meeting Thursday and that dozens more people might join them there.

The commission is scheduled to consider two EverBank action items to support the move to relocate 1,000 employees to Downtown’s inner core and to create 200 jobs.

White said he wanted to attend as “a concerned citizen that is an expert in deals like this.”

“Colleen and I will be there as radio hosts that know the vast majority of our residents don’t want our taxes spent to the benefit of so few and to the detriment of so many,” he said Sunday.

He called the deal for City assistance to relocate jobs from the suburbs to Downtown “unheard of.”

“I will be inquiring tomorrow morning to insure I follow proper channels to make a public comment,” he said Sunday night.

White said his blog at www.fctpcommunity.org, which is the First Coast Tea Party website, has been up since Friday. “Many of those people (over 50 comments) say they are coming,” he said.

The commission, which operates as part of the mayor’s office, will meet at 9 a.m. Thursday in the mayor’s large conference room in City Hall to consider several projects to recommend to City Council for approval.

Among them are deals to move the 1,000 EverBank jobs from the suburbs to Downtown and construction of a parking garage by the SunTrust building.

Mayor John Peyton announced several of the projects two weeks ago. If the commission approves them, they will be sent to Council committees and could be voted on by the full Council before Peyton leaves office June 30.

Two action items are for a parking lease for the Churchwell Lofts, which are at Bay and Market streets, and a proposed expansion of the Bay Street entertainment zone.

Two others concern parking. One is a settlement agreement with Project Riverwatch LLC over construction of a parking garage in a much-amended deal that dates back to 1985. The other is a deal with Parador Partners LLC of Ponte Vedra Beach to build a multistory parking garage next to the SunTrust building, of which Parador is the majority owner.

The two EverBank projects are:

• EverBank QTI, also called “Project Plaza. Jacksonville-based EverBank requests Qualified Target Industry Tax Refund and Quick Response Training Program assistance of up to $2.4 million from the City and state to add 200 new, full-time jobs at an average wage of $49,000, creating a payroll of $9.8 million and an investment of about $1.6 million in capital for technology, infrastructure and furniture.

If EverBank locates within the Enterprise Zone, which includes the urban core, it could qualify for the $2.4 million, consisting of $420,000 in tax refunds from the City and $1.98 million from the state. The state total would consist of $1.68 million in tax refunds and $300,000 for quick response training. If EverBank chooses a site outside the Enterprise Zone, the incentives are $1.3 million, consisting of tax refunds of $200,000 from the City and $800,000 from the state, along with the $300,000 training assistance.

• EverBank Relocation. The City proposes to provide $2.75 million to help EverBank relocate a minimum of 1,000 jobs by Sept. 30, 2012, from the suburbs to Downtown. EverBank has negotiated to lease more than 225,000 square feet of space and 1,400 parking spaces Downtown and said it will spend more than $26.5 million in tenant improvements.

No site was specified in the summary except to say it is within the urban core bounded by Jefferson, State and Main streets and the St. Johns River. The Daily Record has reported that AT&T Tower 301 is a likely site. Also, EverBank must maintain at least 1,350 jobs among its Riverside Avenue area headquarters and the urban core site for at least five years.

The project summary says EverBank currently has about 1,200 employees and leases of more than 225,000 square feet in two suburban Southside locations, at the Quadrant II and Cypress Plaza.

It says EverBank’s leases there are coming up for renewal and the company wants to evaluate the next steps for its corporate growth. 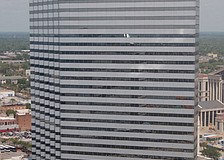