Gay, founder and CEO of Operation New Hope, will receive the Medal of Honor, the foundation’s highest award for a non-lawyer.

It will be presented June 16 at the foundation’s 40th annual reception and dinner at the Hilton Orlando Bonnet Creek.

The award recognizes someone who is not an attorney, but has made a contribution to the improvement of the administration of justice.

“Kevin is certainly a person who is worthy of the honor. His heart is truly there and I think he’s the most deserving person,” said Bass, who has served on Operation New Hope’s board of directors for four years.

Gay founded Operation New Hope in 1999 to help rebuild Jacksonville’s challenged communities and give felons an opportunity to upon release from incarceration transition home and lead productive lives.

Gay could not be reached for comment about the award.

His faith-based nonprofit includes development of affordable and workforce housing focused on the re-integration of ex-offenders.

In 2003, President George W. Bush selected Operation New Hope as the pilot site for Ready4Work, a prisoner re-entry program that has since been introduced in 16 U.S. cities.

Participants enroll in a career development training course where they learn employment and life skills with the help of a case manager.

While recidivism rates in the U.S. are nearly 70 percent in the three years after a prisoner is released, Jacksonville’s program has a 35 percent rate.

The nonprofit has assisted more than 3,700 ex-offenders return to their communities and the workforce.

In addition, Operation New Hope has built or restored nearly 80 homes in East Jacksonville and Springfield.

“Kevin has demonstrated both great commitment and success in providing aid to those in our legal system who need it the most,” said Jacksonville attorney William Sheppard in a news release.

Sheppard, the recipient in 2004 of the foundation’s Medal of Honor in the lawyer category, nominated Gay for this year’s award.

Mayor Lenny Curry’s letter of support said Gay “serves with a genuine spirit of compassion for our city and people.”

Gay has served on the Florida Department of Corrections Prisoner Re-entry Advisory Board and the Advisory Council for the White House Office of Faith-based and Neighborhood partnerships.

After Bass learned his friend is to be honored by the foundation, he added some travel to his schedule this summer.

“I want to be there when Kevin gets his award,” he said. 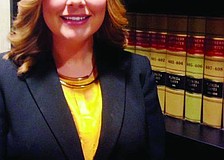 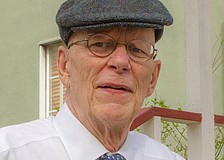