How RP Funding owner’s plans for the Jacksonville soccer team moved from sponsorship to ownership.

There is no greater desire for a sports fan than owning his or her team.

Just imagine walking around with unlimited access to the facilities and team, taking in all the behind-the-scenes moments you want.

During games, you are treated like royalty as you sit in your own suite and enjoy all types of amenities — it is the ultimate job.

The only problem with that desire, however, is that it generally takes a lot of money and effort to fulfill.

Fortunately for Maitland businessman and sports fanatic Robert Palmer, he had the means to make that dream a reality.

Palmer also has Jacksonville ties. The company has an office at the at the Prominence office park on the Southside and he and his wife, Jill, have maintained a residence in Neptune Beach since 2007.

“They called us about a sponsorship, because we are one of the largest TV and radio advertisers — we just finished doing one of the largest sponsorships in the history of the NBA G-League — so we have sports teams reaching out to us all the time,” Palmer said. “Usually, I ignore the emails, but this one caught my attention, because I feel like soccer really is growing.”

Founded in 2013, the Armada plays in the North American Soccer League, which is the second tier of American soccer.

The league is actually one of two that play at the second level — including the United Soccer League — while Major League Soccer sits at the top of the American soccer pyramid.

Although soccer is a quickly growing sport in the United States, the lower tier leagues have  struggled financially.

The NASL lost two teams to the USL at the end of the 2016 season. Despite the loss of clubs, the NASL was able to keep its second-tier status.

Being aware of the issues the league faced, Palmer met with the club to discuss specifics and get reassurance the organization maintained a long-term view of the future.

During conversations, Palmer learned the previous owner, Mark Frisch, had just dropped the team and handed it back to the league.

In the span of six weeks, Palmer went from looking at the sponsorship possibilities to taking over as owner.

“One of the things I had proposed early was that if we are going to make this big commitment to put our name on the jersey and make a multimillion-dollar investment, then I want to have a piece of ownership in the team so I can help control the future and the destiny,” Palmer said. “As we got to those conversations, the commissioner’s like, ‘Hey, the entire team is for sale,’ and from that point on, we really changed how we looked at it — we started looking at the economics differently.”

Palmer already had taken a dive into sports marketing, with RP Funding being the founding partner of the Lakeland Magic of the NBA G-League and sponsors the RP Funding open-air clubs at the Citrus Bowl.

He currently is finalizing a deal with the Orlando Magic, while also looking at working out deals with the Jacksonville Jaguars and Tampa Bay Buccaneers.

Palmer has his sights on working on the Armada’s branding to bring people to Hodges Stadium at the University of North Florida and improve the team’s TV ratings.

“Hodges, where the team plays right now, we believe we can fit between 6,000 and 7,000 people in there,” he said. “Currently, the team draws about 3,000; so over the next year, we will create enough demand in the market to sell out the stadium. Because we have been able to elevate the team’s TV deals back to major broadcast networks and away from streaming, we can now focus on building a large at-home viewing audience. I’d like to build that to 20, 30, or 40,000 people watching games from home.”

Room to move up

If Palmer can get that support in place and reach out to the general soccer community in and around the city, the future for the club could be bright.

Like many of the current teams in the second tier of American soccer, building a franchise and fan base coincides with wanting to become a bigger club and possibly break into the MLS.

Between it being so early in the process and the $150 million entrance fee to join the MLS, Palmer is not worried and is instead more interested in helping to build his Armada.

“Obviously, I am very interested in following the growth path that City (Orlando City Soccer Club) did, and I think that I absolutely want to have my own stadium and would love to build a brand where 20,000 fans come out and support us for our games,” Palmer said. “I’d love to build an operation that looks like City and what they accomplished, but I don’t know if that means we end up in the MLS or not. I think the soccer landscape is such that there is a lot of room in the NASL.” 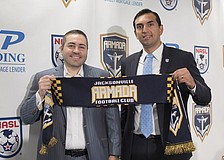 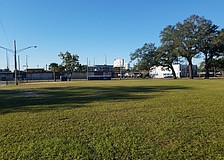 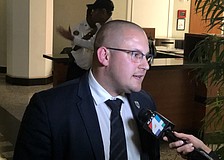 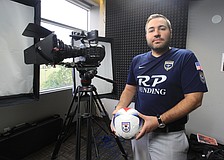 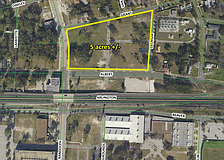