Co-founder and Managing Partner Scott Everett said that at 1,103 units, Mathews Crossing, not far from Regency Square Mall in Arlington, is the largest apartment complex in the area.

He said it will be renamed soon and updated with $12 million in exterior and interior renovations.

Everett said the group also intends to buy the 458-unit Casa del Rio apartments near Jacksonville University in August and invest $5 million in renovations. It was built in 1973 and 1975, property records show.

S2 Capital will buy that from the same seller, he said. The seller bought it about a year ago. Everett did not divulge a purchase price.

Everett said the condition and security of the Mathews Crossing apartments are an issue and “something we will address.”

“We’ve done almost 30 acquisitions. This is all we do, every day, and it is what we look for,” he said.

He and Harold “Skip” Bird founded the company in 2012 to build a multifamily “value-add” investment platform in the Dallas-Fort Worth area.

Its website says it seeks out underperforming or distressed “B,” “C” and “D” multifamily properties.

Its strategy is to make “cost-effective improvements” to provide tenants with “the best apartment, service, and living experience within the submarket.”

Everett said Mathews Crossing is its first deal in Florida. “We’ve got our feelers in the market. We will digest what we have there and in the next six months see how everything plays out.”

Mathews Crossing comprises about 110 buildings on 57 acres, he said.

The renovation estimate works out to almost $10,800 per unit, although the actual cost per apartment is less because the exterior upgrades are part of the overall investment.

Among the upgrades, Everett said there will be a new leasing office, new exterior siding and trim work, a new gym and upgraded pools.

“We will try to lock it down, clean it up and make it a good clean, safe, living option,” he said.

“We’ve been looking to buy in Jacksonville and in the Orlando and Tampa areas for a while and we had an opportunity,” Everett said.

He said S2 Capital bought the Mathews Crossing property from the same owner who sold property to him in Dallas.

The Mathews Crossing and Casa del Rio acquisitions are a healthy starting point. “That gives us pretty good scale in Jacksonville,” he said.

The deal was completed June 28 and recorded Monday with the Duval County Clerk of Court. 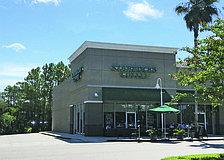 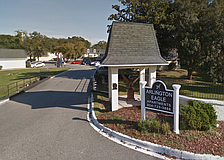 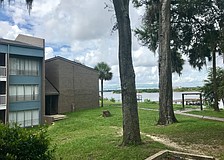 The Wimberly at Deerwood apartments sell for $43.5 million