A Passion For Homebuilding, Life

Gene Shvetz, who fled the former Soviet Union as a teen, is thriving as president and founder of Alpha Builders Group

Gene Shvetz first laid eyes on his wife, Marina, in a dream.

It was two years before he met her, after praying to God to show him “the one” with whom he could spend the rest of his life. And she was stunningly beautiful.

A devout Christian who’d fled Estonia for the United States at age 14 with his family, Shvetz looked for that lovely face everywhere.

And then, while working a job that involved introducing Christian music to people in former Soviet Union countries, he kept hearing about a woman in Moscow he should meet.

“Three people told me about her, so I said to the third one, ‘Can you get me her phone number?’” Shvetz recalls. After they spoke, he asked that she send her picture, and then he knew.

He proposed after their third date. Marina Shvetz accepted and is now chief financial officer and a designer for Alpha Builders Group, a luxury homebuilding company Gene launched in 2012.

Marina designed a luxury home called The Villa Marina in Pablo Creek Preserve, which won the Gold award in the $2.4 million to $2.5 million category in this year’s Parade of Homes.

She and her husband are living the dream life he’d long envisioned and worked hard to create. They have three children: Nick, 15, Vic, 12, and Alexandra, 4.

Like the Shvetz family, Alpha Builders Group is thriving.

Gene Shvetz credits his success to his faith and a lifelong passion for hard work. “Top notch” work, as he describes it. “I like to keep busy,” he said.

“I’m always on the go. I don’t like to sit. I like challenges because to me, life without a challenge is boring.”

Challenges came early in Gene Shvetz’s life. His grandfather and father worked as builders in Estonia, advancing to top positions in the construction industry in the former Soviet bloc country.

Everything was government-owned and controlled, but the family faced a crisis as the country was officially atheist and Shvetz’s mother was Christian.

“We had a choice to leave, or my mother would be persecuted and put in jail,” Shvetz said.

Aided by Lutheran Social Services, the family fled Estonia, landing in Massachusetts in 1988 where young Gene and his five siblings were enrolled in school.

Gene had studied English in Estonia, so he was in a position to help other refugees learn the language.

His father secured work as a truck driver, but money was tight. While working in a restaurant in 1992, Shvetz heard there was money to be made shoveling snow off roofs.

He worked so hard at that task that he soon caught the attention of the owner of a small construction firm who offered him a job.

“A year later, I brought my younger brother, Larry,” Shvetz said. “Then I brought my other Russian friends. The owner was impressed with our true European craftsmanship, and he made a lot of money.”

It was a small firm — making repairs and remodeling — and not being the kind of person to sit still, Gene also worked in the Christian music business.

That led to meeting Marina in Moscow, and it wasn’t long before he was able to secure a visa for her to the United States, where they married in 1998.

Two weeks after their honeymoon, the couple moved to Jacksonville — at Marina’s request — for the weather. She wanted to live in a warm climate, and Gene was offered a job in construction.

He was immediately promoted to management; then six months later opened his own business making repairs, painting and remodeling.

In 2000, he and his crew began doing regular work for homebuilders. Within a year, they were working on 10 homes a month, and a year later, 20.

By the time the recession began in late 2007, Shvetz’s business was building 600 to 700 homes a year. But he had a premonition during the boom years that he should diversify by taking on commercial projects.

By the time the economic downturn hit the homebuilding industry, he was doing a sustainable amount of work for commercial builders.

“Five years ago,” after the homebuilding industry had begun recovering, Shvetz said, “I felt I was ready to build homes. I said I want to build custom — build quality — because I never like to follow the crowd.”

Shvetz created a business model and system that works when it comes to designing, building, managing and selling. He holds the details of that model close to his vest, but does say it was developed through years of experience and it is “very disciplined, very organized and very clean.”

“When I build, I build top notch,” Shvetz said. “Whether it is quality design or style, it must be top notch.”

Fortunately for Shvetz and Alpha Builders Group, the wife of his dreams held a passion for home design. The Villa Marina’s 8,000 square feet, he said, feels more like 15,000 square feet.

Between his family, which he says is everything to him, and a business that builds homes in Jacksonville’s higher-end neighborhoods, Shvetz is a very busy man.

Life is far from boring, and he embraces the challenges that competition brings.

“It’s all about how good you are,” he said. “How passionate you are. And I’m very passionate.” 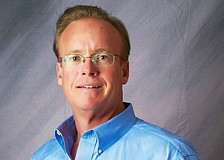 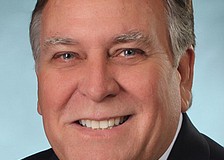 Passing on a family tradition