In the law: Q&A with attorney John Phillips

Favorite book: “To Kill a Mockingbird”

Favorite nonwork pleasures: I love being a dad more than anything. So, just put me with my boys and my wife anywhere and I am a happy man.

When the final tally was calculated on Oct. 31, attorney John Phillips raised more money than anyone in Jacksonville for the American Cancer Society’s “Real Men Wear Pink” campaign for breast cancer research.

Who or what inspired you to become a lawyer?

Add in growing up in the era of Robert Shapiro, Gerry Spence and “L.A. Law.” I literally do not remember ever wanting to be anything else.

What has been the biggest change in your practice area since you passed the Bar?

I don’t remember many lawyers going out on their own right out of law school as we have now. Everyone paid their dues and learned from other lawyers.

It seems there are more lawyers taking chances and risks. The internet and social networking certainly make it easier and give more access to information.

What do you think will be the next biggest change in your area of law?

In the past couple of years, we’ve seen more doctors and lawyers taking chances: Doctors calling numbers on accident reports, lawyers sending runners to wakes or funerals, lawyers representing so many clients they don’t know who is alive or dead, lawyers getting charged with fraud, etc. Competition will create more desperation.

If I could change anything in the legal system, I would ...

We deal a lot with social justice and equality. Our lawmakers need to look at ways to legislate equality.

There is still some inherent injustice in the way bonds are set, arrests are made and how the scales of justice tip a little better for some. Equality should know no exceptions.

What community service have you pursued and why that?

Over the past six years, our firm has focused on community first. We have supplied hundreds of children in Eureka Garden Apartments with school supplies, fed the homeless, walked with the sheriff in communities, volunteered, marched and donated. We have been the single largest collection spot for Toys for Tots for a couple of years.

We work to make our community better. The rest takes care of itself.

One piece of advice for new lawyers?

These days, nearly every type of law has some form of listserv or group. Join and read. Go to as many hearings, meetings, depositions, trials or whatever your field offers and pay attention. Listen and learn. Be professional. Not only do judges have long memories and talk about lawyers, but so do other lawyers. We are all in this together.

One person (other than your spouse or partner) who inspires you:

We represented the Jordan Davis family after their son was shot and killed. It made national news and Jordan’s parents, Ron and Lucia, lived a recurrent nightmare very publicly. They continued to wake up and put their feet on the ground every day to make the world a better place. They continued parenting the sons and daughters of our country. To this very day, they still honor their son’s memory in amazing ways. 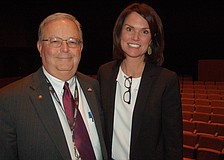 Commentary: We are justice seekers and zealous advocates 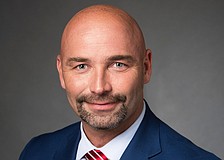 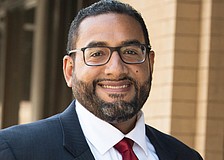 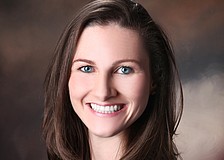