CSX Corp. will renovate the 15th floor executive offices at its Downtown Jacksonville headquarters at a project cost of $1.85 million.

The city issued a permit Monday for Auld & White Constructors LLC to renovate the 20,450 square feet of space at 500 Water St. on the riverfront.
The work indicates CSX is committed to maintaining its headquarters in Jacksonville.
“With these updates, CSX expects that the headquarters building will accommodate our needs for the foreseeable future,” spokesman Rob Doolittle said in July. He had no updated information Tuesday.

Plans show remodeling for offices, conference rooms, a recording studio, café, a warming kitchen, and more, including the C-suite.
That suite appears to be for CEO Hunter Harrison and two other top executives. Their offices are near the almost 1,200-square-foot board room.
CSX said the building, which it owns, was constructed in 1959 and opened in 1960. It comprises almost 487,000 square feet of space.
Gresham, Smith and Partners is the architect for the renovations.
CSX is renovating to modernize and update the space “and to accommodate changes to the office space needs of our staff,” Doolittle said.

Projects include modifications to the lobby area, the 15th floor and several other locations.  He said the work is expected to be completed over the next year in phases to minimize disruption for employees.

CSX also wants to invest $85,000 into interior demolition of the first- and second-floor coffee shop and café at the Downtown headquarters and almost $102,500 into renovations of its data center at 6425 Southpoint Parkway.

“The company is implementing plans to maximize our use of CSX-owned facilities and to modernize them to provide a better-quality work environment and help strengthen our organizational alignment by co-locating work groups to improve efficiency,” Doolittle said.

Auld & White Constructors also is the contractor for the coffee shop and café project.

Interior demolition involves 19,820 square feet on the first and second floors. The permit applications and plans say the tenant improvements will be sought separately.

Doolittle said some functions are being consolidated and additional employees will be assigned to the headquarters building. He said the company is enhancing the kitchen equipment and physical layout of the employee cafeteria.

He also said CSX will add a small concession space and collaborative spaces in the main lobby area where employees can buy coffee, snack items and sundries.

The city issued a permit Aug. 9 for Duckworth Construction Co. to renovate 4,600 square feet in a Data Center building at that address.

“These efforts and others to come are part of the overall facilities program that CSX is implementing to accommodate the business’ changing requirements in the Jacksonville area,” Doolittle said.

He said the projects “represent an investment in CSX’s future as a major Jacksonville employer, and the work is being competitively contracted with local firms.”

Harrison was hired in March. He has been implementing Precision Scheduled Railroading, his philosophy of improving railroad operations that he put into place at other major companies.
In February, before Harrison joined, CSX announced it would cut 1,000 jobs, including many management-level positions in Jacksonville.

CSX’s year-to-date jobs cuts are up to 2,700, Chief Financial Officer Frank Lonegro said at an investor conference this month.

The company’s latest monthly employment report filed with the U.S. Surface Transportation Board showed the company has reduced total employment in its system to 22,313.

CSX, whose rail operations cover much of the eastern U.S., said previously it cut 951 management-level positions this year, mainly at its Jacksonville headquarters 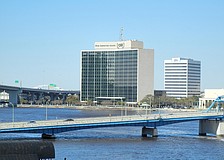 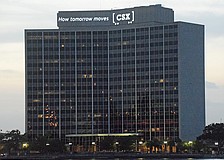 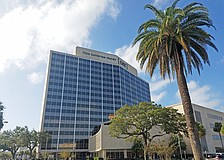 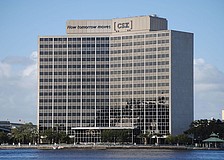 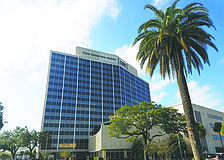