A man who set up a shell company to provide construction labor to contractors in Northeast Florida was sentenced Thursday in Jacksonville to more than two years in federal prison for conspiracy, fraud and failure to submit workers’ federal income taxes.

The court also ordered Rodriguez-Cruz to forfeit $626,817, the proceeds obtained as a result of the wire fraud offense, to forfeit $105,461 in proceeds from the employment scheme and to pay restitution to the IRS for a tax loss of $3,436,008.

Rodriguez-Cruz is a Honduran citizen who was found to be unlawfully present in the United States. He pleaded guilty to the offenses with the knowledge he likely will be deported based on his pleading guilty to the charges.

According to court documents, Rodriguez-Cruz engaged in a scheme through which construction contractors engaged the services of people who were living and working in the U.S. illegally.

Rodriguez-Cruz formed a shell company, Gedeon Multiservices Inc., that entered into agreements with the contractors to provide construction workers.

By obtaining and paying the workers through the shell companies, the contractors disclaimed responsibility for ensuring that the workers were legally authorized to work in the U.S., that payroll taxes were paid and that adequate workers’ compensation insurance was provided.

After creating the shell company, Rodriguez-Cruz applied for a workers’ compensation insurance policy that covered a one-year period.

In the application, Rodriguez-Cruz represented that the policy would cover five employees and an estimated annual payroll of $121,000. NorGUARD Insurance Co., a division of Berkshire Hathaway GUARD Insurance Companies, issued the policy, charging a premium of $20,473.

Although the workers’ compensation premium was paid based on Gedeon having five employees with the stated annual payroll, Rodriguez-Cruz provided Gedeon’s Certificate of Liability to contractors and subcontractors in Bradford, Clay, Duval, Flagler and St. Johns counties.

He provided the documents to the contractors and subcontractors to help carry out the scheme to defraud by falsely representing that Gedeon had sufficient workers’ compensation insurance as required by state law.

To pay the workers, the contractors wrote payroll checks to the shell company. Rodriguez-Cruz then cashed the checks at check cashing services and at a federally insured financial institution and then distributed the cash to crew leaders, who paid the workers in cash.

No employees’ or employer’s payroll taxes, including for Medicare and Social Security, were deducted from payroll checks or paid to the government.

Rodriguez-Cruz kept about 4 percent of the amount of each payroll check as a fee.

During the scheme, he cashed payroll checks for hundreds of workers totaling nearly $15.7 million with his fee totaling $626,817.

The annual premium for a workers’ compensation insurance policy covering that payroll amount would have totaled approximately $2.5 million. Had the total payroll been properly reported to the government, the payroll taxes due would have been approximately $3.4 million.

This case was investigated by U.S. Immigration and Customs Enforcement’s Homeland Security Investigations and the Internal Revenue Service – Criminal Investigation. It was prosecuted by Assistant U.S. Attorney Arnold Corsmeier. 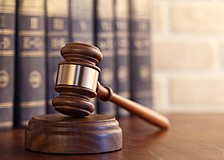 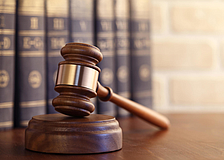 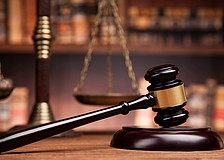 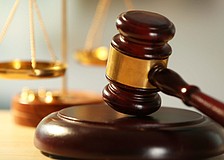