Derby On Park to close Dec. 30 in Five Points

The owners say they will open a new restaurant concept there in early 2019.

The owners of Five Points favorite Derby On Park announced Wednesday they plan to close the restaurant by the end of the year.

Owners Dwayne Beliakoff and Jonathan Cobbs said through a statement that they will introduce a new concept in early 2019.

“We extend our deepest gratitude to our employees, guests and the Five Points community who have shown so much support for our team and Derby On Park throughout its history,” Beliakoff said.

The group did not say what the new concept would be or provide a reopening date for the more than 3,000-square-foot space.

They did not cite a specific reason, other than to say they wanted to introduce “new flavors and dining options” to the busy Five Points area of Riverside.

According to the release, staff members were notified about the closing and will remain employed through the transition. The owners said they will be provided employment when the new restaurant opens.

Additionally, the group’s other Five Points restaurant, The Bread & Board, will accept Derby On Park gift cards.

Beliakoff and Cobbs purchased Derby On Park in April from Cheryl and Neil Corrado, who had operated the restaurant since 2013.

According to Duval County property records, 1068 Park Street LLC owns the building. Corrado is listed as the registered agent.

Beliakoff and Cobbs lease the space.

Through many iterations, the restaurant has been a Five Points staple since the 1940s. Beliakoff said the space will remain a dining establishment when it reopens in 2019.

“We look forward to bringing great new flavors to the neighborhood early next year through our new concept,” Beliakoff said. 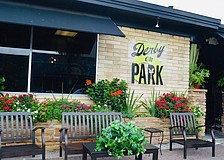 Fried chicken and meatloaf coming back to Five Points 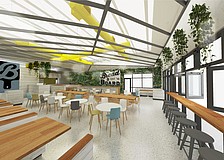 The Bread & Board owners talk about plans for Town Center restaurant 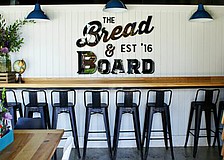 Bread & Board to open at St. Johns Town Center North 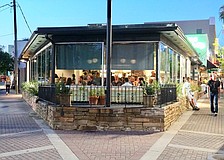 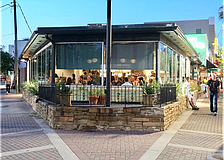