A closed nightclub at Philips Highway and University Boulevard that was targeted for operation by former NFL wide receiver Laveranues Coles Jr. will be torn down and the property converted as a bus transit hub for the Jacksonville Transportation Authority.

JTA bought the former nightclub at 5800 Philips Highway on Feb. 6, according to a deed recorded with the Duval County Clerk of Courts.

JTA Public Relations Manager Leigh Ann Rassler said the nightclub will be removed and the transit hub project is in design with an anticipated construction start in the fall.

The JTA procurement site shows that construction of the University Transit Hub is estimated to be advertised in the second quarter.

Search results for the deed showed a price of $1.3 million. The assessed value is almost $945,000, according to the Duval County Property Appraiser.

It said the conveyance was made “to wind up and liquidate” the seller’s business and affairs in accordance with state law. HI LLC was dissolved in September 2016, state records show.

Coles is a Jacksonville native and played for Ribault High School and Florida State University.

He spent most of his 10-year NFL career with the New York Jets.

HI LLC said the lease was entered Nov. 20, 2013, and amended five times. It was to expire at the end of this year.

The landlord and tenant wanted to work out an early termination of the lease as well as rental credits for repairs Coles made to the lift station on the property.

The building was developed in 1967 and operated as a “gentlemen’s club.”

HI LLC of Coral Gables was the owner and developer. Trouble Livin Life LLC, led by Coles, was the tenant.

Sharky’s Oyster Bar and Lounge, also scheduled to open at the address, was promoted by Coles.

Trouble Livin Life LLC, which Coles filed with the state as managing member in September 2013, was listed on the building permit for the Sharky’s renovations.

Coles also planned to open Levels Nightclub at 323-325 E. Bay St. Downtown but conveyed the property back to the Insetta family in November 2015.

Coles, through Past Trouble LLC, bought the building in October 2013 for $750,000 from 325 East Bay Street LLC, whose manager is Insetta Family Properties LLC.

Insetta Family Properties issued a $640,000 mortgage the day of the purchase to Past Trouble LLC.

Coles planned the nightclub among the building’s two floors and basement and sought approvals and permits, but stopped work on it.

The Downtown Development Review Board approved the design with conditions in February 2014. Work was suspended at the site by late 2014. 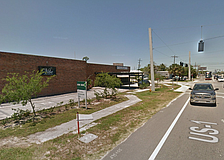 The Mathis Report: JTA will turn nightclub into transit hub 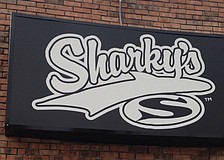 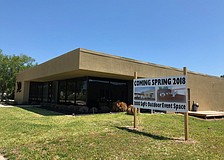 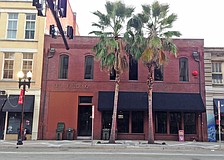 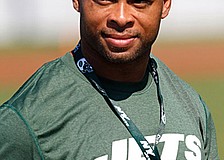