Review begins with presentations by the Jacksonville Sheriff’s Office and Fire and Rescue Department.

Mayor Lenny Curry is expected to deliver his third budget as the city’s chief executive July 23.

City Council’s review of the 2018-19 general fund budget will begin Aug. 16 with presentations by the Jacksonville Sheriff’s Office and Fire and Rescue Department.

Anderson’s first meeting will include a 15-minute briefing by Chief Administrative Officer Sam Mousa and a nearly three-hour budget overview by the Council Auditor's Office.  A 90-minute presentation by the Fire and Rescue Department, a nearly two-hour review of the Jacksonville Sheriff’s Office proposed spending plan and 20-minute reviews of the council and Office of General Counsel budgets will round out the day.

Here is the rest of the review schedule:

• Aug 24: The city’s various boards and commissions will present budgets along with the Kid’s Hope Alliance; Neighborhoods Department; Department of Public Works; Downtown Vision Inc.; and the Employee Services Department.

• Aug. 30: Review of the city’s pension accounts and the Finance and Administration Department budgets.

Anderson has set Friday, Aug. 31 as a day to review any departments which did not present and will include any enhancements or budget recommendations by individual council members.

The Finance Committee will submit its initial approval on Sept. 5, with legislation expected to be filed by Sept. 10.

The full council is expected to vote on the various budget bills at its Sept. 25 meeting.

Curry will have until Sept. 30 to sign the legislation, veto the budget or allow it to become law without his signature before the city's fiscal year begins Oct. 1. 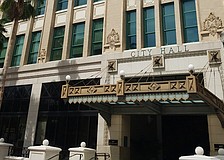 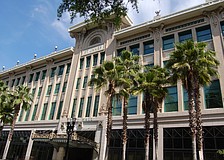 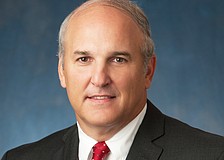