Railroad wants reductions by 2020; executive says the company was “bloated.”

After cutting 4,600 jobs last year (including consultant positions), CSX Corp. is targeting an additional 6,200 job cuts over the next three years, reducing total employment to 21,000 by the end of 2020.

“We will achieve this principally through attrition,” Executive Vice President and Chief Administrative Officer Mark Wallace said Thursday at the company’s investor and analyst conference in New York.

Wallace joined the Jacksonville-based railroad company in March 2017 when Hunter Harrison was brought in as chief executive officer.

“We understand at CSX that every job has to add value. We were a bloated organization,” Wallace said.

Harrison, of course, began implementing an overhaul of CSX’s operations that included the job cuts.

“What Hunter had done in a short period of time in transforming the organization was simply amazing,” said James Foote, who took over as CEO when Harrison died in December.

“We are committed to following through with what he has started,” Foote said.

The conference served as an introduction for CSX’s top officers after it overhauled its executive suite last year.

Foote said he had done just about every job there is in the industry before becoming CEO.

“This is not my first rodeo. I’ve been in the railroad industry for 45 years,” he said.

“The company showcased the new management team, which is a combination of highly experienced Canadian National veterans and mid-level talent that Hunter Harrison had hand-selected within the CSX ranks shortly before he passed,” Credit Suisse analyst Allison Landry said in her report on the conference.

“We think that all of this helped to ease investor concerns about execution of the Precision Railroading strategy, as well as the depth of the bench at CSX,” she said.

Analysts indicated there were no surprises in CSX’s financial forecasts.

“CSX’s much-anticipated analyst meeting did not disappoint. Management supported its previously disclosed 2020 margin target with confidence, enthusiasm, and plenty of detail,” said Amit Mehrotra of Deutsche Bank in his report.

“Key financial targets were largely set/communicated prior to the conference. What CSX needed to do at this conference was to provide a more detailed path to realize these targets and for management to gain investors’ confidence. We think they achieved both,” said Fadi Chamoun of BMO Capital Markets in his report.

Morgan Stanley analyst Ravi Shanker, who maintains an “underweight” rating on CSX’s stock, was more skeptical than others about CSX’s outlook.

“CSX’s analyst day was impressively heavy on detail but light on breaking news given the slow-drip of long-term targets coming into the event. However, we still believe the path to the new, lowered bar post-Hunter Harrison will be more challenging than the market thinks,” Shanker said in his report.

But many analysts were pleased with what they heard Thursday.

“All told, the event was positive. 2017 was clearly a year marked with many significant events, beginning with Hunter Harrison joining the organization as CEO,” Robert W. Baird analyst Benjamin Hartford said in his report.

“Despite his tragic passing, the event made clear that the significant changes made over the last 12 months provide the foundation for a transformation in CSX’s network, its service and margin profile, and its long-term growth potential,” he said.

The Florida Times-Union’s circulation has dropped since New Media Investment Group Inc. agreed to buy it last year, but the company says the performance of the Times-Union and other newspapers acquired from Morris Publishing Group has exceeded expectations.

New Media bought the Times-Union, The St. Augustine Record and other properties owned by Morris for $120 million in October.

“We are pleased with how that integration is going and so far that is exceeding our expectations,” New Media CEO Michael Reed said in the company’s quarterly conference call with analysts last week.

“We expect that deal will have a strong positive impact on our overall results in 2018,” he said.

The company, which operates the newspapers under the GateHouse Media brand, didn’t give financial details for the former Morris newspapers.

When asked by an analyst for more financial details on the Morris newspapers, Reed didn’t give data but talked about the operations.

He said it normally takes a full year for marketing initiatives to take effect after an acquisition, but revenue from those properties has been higher than expected.

“Those markets and those newspapers and the staffs have embraced what we’ve brought to them quicker, so we’ve been pleased on the top line performance that they’ve had. But also, the cost opportunity and synergies are exceeding what we thought they were going to be early on,” he said.

One cost-savings move came last month when the company shut down the newspaper printing operation in Jacksonville and moved printing of the Times-Union to other facilities New Media owns in Gainesville and Daytona Beach.

New Media, which ended 2017 with 142 daily newspapers in operation, said fourth-quarter revenue rose 18.2 percent to $394.4 million, helped by the addition of the Morris properties. However, same-store revenue (properties that have been owned for more than a year) fell 5.6 percent.

“The decline to traditional print revenue is not one that we will reverse, so our focus and investment continues to be in our new revenue streams that are intended to diversify us away from print advertising and help to set the stage for future steady organic growth,” Reed said.

The new streams include an events business called GateHouse Live and UpCurve, which provides technology solutions for small and medium-sized businesses.

The Lakeland-based supermarket chain’s stock is made available for sale only to employees and its stock price is determined by appraisals five times a year.

Adjusted earnings in the quarter rose by 3 cents a share to 71 cents.

Advanced Disposal Services Inc. reported fourth-quarter adjusted earnings of 13 cents a share, 7 cents lower than the fourth quarter of 2016 and a penny lower than the average forecast of analysts, according to Yahoo Finance.

However, revenue of $384.4 million, 9.2 percent higher than the previous year, was above the average forecast of $374.3 million.

After completing 14 acquisitions in 2017, the Ponte Vedra-based waste management services company is looking for more deals this year.

The company did not give an earnings forecast for the first quarter, but Burke said he expects “normalized seasonality,” with weather affecting some of its operations.

“Less than one-third of our disposal tons are from our southern region. And disposal tons in January 2018 were impacted by snow and ice in southern markets that do not normally experience this weather,” he said. 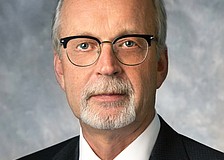 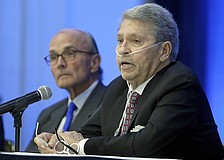 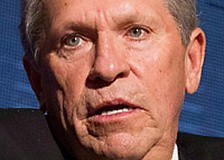 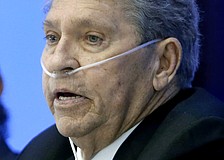