Legislation is scheduled to be introduced Tuesday to council.

The city of Jacksonville is taking steps to prepare part of the Downtown Northbank for redevelopment.

Three pieces of legislation are scheduled to be introduced Tuesday to address zoning, permitted uses and other technical issues for the land known as the Shipyards and Metropolitan Park on the
riverfront.

The city, the Florida Department of Transportation and Multimedia Holdings Corp. own the 98.72 acres subject to the zoning changes.

The property is east of Berkman Plaza II to the WJCT studios, and south of Bay Street and Gator Bowl Boulevard to the St. Johns River.

The CCBD designation allows for uses that include banking or financial institutions; professional and business offices; commercial, recreational or entertainment facilities in completely enclosed buildings; art galleries, museums and convention centers; vocational and trade schools, universities and colleges; businesses with retail alcohol sales and service for on- or off-site consumption; parking garages; hotels and motels; multifamily dwellings; hospitals, nursing homes and other medical uses; and nightclubs.

The city also seeks to expand the Downtown Development of Regional Impact boundary to include the Shipyards property. The Downtown DRI was adopted in 1986, correlating with the three original Downtown Community Redevelopment Areas comprising property along the Northbank, Southbank and urban core.

Through legislation in 1992, the city combined the three DRI Development Areas into one consolidated Downtown DRI.

Mark Lamping, president of Iguana Investments and the Jaguars, said previously to expect an update about a potential economic development agreement between the company and the city to develop the property.

There has been no indication of how taxpayer-backed financial incentives could be used.

Iguana plans first to develop the area known as Parking Lot J into office space, a hotel, entertainment facilities, retail and restaurants before moving across Gator Bowl Boulevard to continue the project along the St. Johns River.

The group also would like to build a convention center and hotel on the Northbank, although the city is considering another location at the former annex and courthouse sites along East Bay Street.

There is no time frame for that second phase.

In preparation for that phase, the city plans to demolish about a 1-mile stretch of elevated expressway lanes that connect the Hart Bridge and Downtown. The exit ramps from the bridge will be graded into Gator Bowl Boulevard.

The city has $25 million to begin the project and is seeking a federal grant to cover $12.5 million in additional work.

According to the U.S. Department of Transportation, the awards should be made public by year-end. 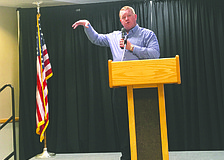 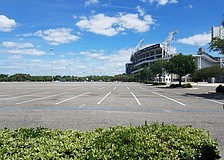 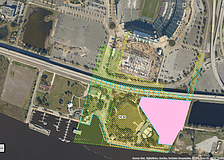 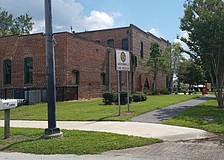