Three are on the Northbank, two are on the Southbank and one would use JEA's current site.

JEA received six submissions from development groups that want to build the public utility’s next headquarters.

JEA executives and board of directors want to relocate the electric, water and wastewater utility’s main campus to a new building in Downtown Jacksonville.

The utility’s headquarters at 21 W. Church St. near City Hall was built in 1962. The 19-story main tower and adjacent customer service building are considered too old and likely too expensive to refurbish.

On Tuesday, the utility’s procurement division unsealed six bids, but only disclosed the names of the development group and, in some cases, the proposed location.

Through Dec. 14, CBRE received about 50 clarifying questions from interested firms.

At least three of the proposals identified Northbank locations, including the Cordish Companies, which is developing a mixed-use development near the sports complex with Jaguars owners Shad Khan.

Khan is looking for a corporate partner to anchor the first phase of the mixed-use project planned for the western parking lots, including Lot J, near TIAA Bank Field.

Energy Innovation Properties LLC, which is affiliated with Jacksonville developer Steve Atkins, submitted a proposal for what it calls “block 2” in the urban core.

The area is near the current JEA headquarters and is bounded by Ashley, Church, Main and Ocean streets. Atkins previously presented plans before the JEA board decided to put the project out to bid.

A submission by The Ryan Company listed the current JEA building as the location. It is unclear if that proposal is for rehabilitation or new construction. The Ryan Company is based in Ponce Inlet.

Two groups listed properties on the Southbank, including the developers of The District mixed-use project under development near the Duval County School Board building.

Through Elements of Development Jacksonville, the group purchased the 30-acre Southbank property from JEA in 2018.

JEA did not disclose where another group, Touchton Property Partners, wants to build. That information may be provided before the 30-day quiet period expires.

JEA wants a 200,000-square-foot facility to accommodate about 836 employees. According to internal estimates, the new campus could cost at least $78 million by the time the utility begins negotiating with a firm in February.

It is unlikely JEA will opt to upgrade its existing headquarters, meaning it could be sold or demolished.

The buildings are considered contributing properties in the Downtown Jacksonville Historic District as listed on the National Register of Historic Places, meaning demolition would require the Historic Preservation Commission’s approval.

Any new construction Downtown would require the approval of the Downtown Investment Authority, Downtown Development Review Board, City Council and Mayor Lenny Curry.

The JEA board of directors will hold a special meeting Feb. 5 to discuss the submissions. They could select a development group at that time.

A timeline suggests construction on a new campus could begin by the end of the year. 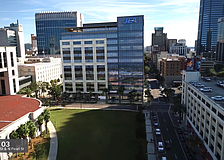 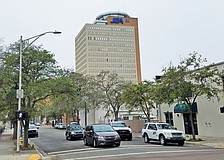 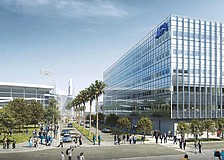 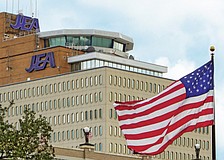 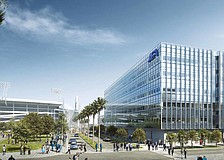