Jacksonville City Council election: The field is in place

Now that qualifying has ended for the March unitary elections in Jacksonville, the candidates running for City Council have just a few months to win over voters.

The election is March 19. If no candidate secures 50 percent of the votes, plus one vote, the top two candidates will face off in a May 14 runoff election.

City Council President and District 3 representative Aaron Bowman will serve a second term, as will Danny Becton, who represents District 11 in Southeast Jacksonville.

Republican LeAnna Cumber will represent District 5, which covers the Southbank, San Marco and the neighborhoods south along San Jose Boulevard.

Outside of council, she is the CEO of LeAnna Cumber & Associates, a firm specializing in consulting for transportation issues. She is a former board member of the defunct Jacksonville Children’s Commission and is married to JEA board member Husein Cumber.

LeAnna Cumber takes over from Lori Boyer, who has held the seat since 2011 and is term-limited from running again.

Joining Cumber on council for the first time will be K9s for Warriors CEO Rory Diamond. He will represent the Beaches area that comprises District 13.

Diamond most recently served as a council member in Neptune Beach. He is a former federal prosecutor for the U.S. Department of Justice and was a deputy associate director at the White House for President George W. Bush.

While those races are settled, there still are 15 seats to decide.

A Republican, Bishop wants a second stint on Jacksonville’s legislative body, where he served two terms from 2007-15.

• In District 6, Republicans Michael Boylan and Rose Conry are competing to represent the Mandarin area where council member Matt Schellenberg has served since 2011.

Boylan is the former president and CEO of Jacksonville’s NPR and PBS affiliate, WJCT. Conry is an entrepreneur and the CEO and co-founder of StaffTime.

• District 7, a sprawling area that includes much of North and Northwest Jacksonville and the Downtown urban core, is one of the most crowded races.

• District 8 also will elect new leadership after what could be called an unusual year for the area.

Former Gov. Rick Scott suspended Katrina Brown from the council after federal prosecutors charged her and fellow council member Reginald Brown with dozens of fraud, tax and money laundering charges over the summer. That case is ongoing. The council members are not related.

Dennis was the last incumbent to qualify for re-election. He’s running against fellow Democrat and former NFL player Marcellus Holmes.

• In District 12, Randy White is running to stay in the seat he won in 2018 after Doyle Carter stepped down to pursue another elected office.

White’s unopposed win was met with a lawsuit from David Taylor who claimed the special election wasn’t properly advertised. Taylor, a criminal defense attorney, dropped the suit and is qualified to run this spring.

• In District 14 in Southwest Jacksonville, Republican Jim Love is term-limited. A mix of Democrats and Republicans are vying to fill the seat which covers a sliver of West Jacksonville that includes the Riverside, Avondale and Ortega neighborhoods.

Five of the 19 seats on Jacksonville’s legislative branch represent the entire city through at-large seats.

• In At-Large Group 2, the seat will have new representation now that John Crescimbeni is term-limited. Democrat Darren Mason and Republican Ron Salem are the only candidates to qualify.

This story has been corrected from the original. 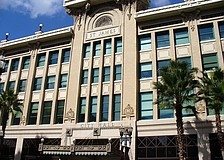 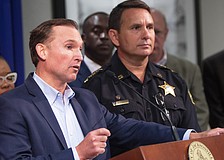 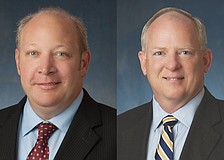 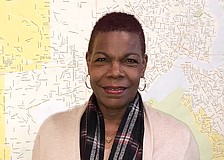