The memorial service for the retired appellate judge is Feb. 15.

A memorial service is scheduled Feb. 15.

Raised in Jacksonville, he attended Duke University and the University of Florida Levin College of Law.

Van Nortwick was admitted to The Florida Bar in 1970 and joined Milam, Ade, Birchfield & Mickler in Jacksonville.

He was appointed in 1994 by Gov. Lawton Chiles to the 1st District Court of Appeal and served until 2015, having reached the mandatory retirement age of 70.

Helping people who can’t afford to pay for representation by an attorney was Van Nortwick’s mission throughout his career.

Early in his private practice, he helped represent three African-American students who were expelled from school after a racially charged incident on a school bus and was successful in getting them reinstated.

In 2005, he was the first recipient of the Florida Supreme Court Distinguished Judicial Service Award.

After decades of service to The Florida Bar Foundation, Van Nortwick was selected in 2015 to receive the Medal of Honor, the foundation’s highest award.

In a statement released Monday, the foundation stated:

“Bill was a cherished member and pillar of our Foundation family and his contributions to the cause of justice were countless. He dedicated his life to the Rule of Law, the administration of fair and equitable justice, and to closing the justice gap. Oftentimes quiet and sometimes soft-spoken, he was at all times compassionate, passionate and effective, inspiring us with his intellect, his grace, his disciplined and measured approach, and his kindness to others.”

Funeral services are being provided by Beaches Chapel by Hardage-Giddens of Jacksonville Beach.

A memorial service is scheduled at 4 p.m. Feb. 15 at the Garden Club of Jacksonville, 1005 Riverside Ave. In lieu of flowers, the family requests contributions to the Mayo Clinic, The Florida Bar Foundation or the V Foundation. 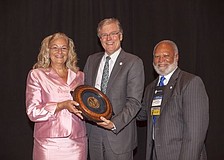 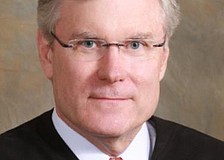 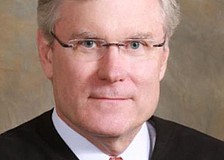 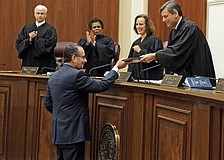