The financial institution is building-out a branch bank in The Barnett at 112 W. Adams St.

JPMorgan Chase & Co. is building-out a branch Downtown in the The Barnett, formerly known as the Barnett National Bank Building.

Developer Steve Atkins said Thursday that Chase will take the bottom floor at 112 W. Adams St. Signage will be put on top of the 18-story structure, he said.

The historic high-rise formerly served as the headquarters of Jacksonville-based Barnett Banks Inc., which merged into Bank of America through a series of acquisitions.

“We wanted to keep Barnett on the building,” Atkins said. He dropped the “bank” but kept “Barnett” for historical context.

“I’m sure a lot of people will refer to it as the Chase building,” he said.

Chase declined to comment. Atkins said the space will become the bank’s largest branch in North Florida and serve as a flagship location.

The city issued a permit Wednesday for Danis Construction LLC to build-out space for the new branch bank for Chase in the renovated building.

Danis will build-out 5,402 square feet of space at a cost of almost $1.5 million, the permit shows.

While there has been no announcement about Chase moving into the Barnett, what Atkins once called “the worst-kept secret in Jacksonville” has surfaced. For example, signs have been posted on doors directing visitors to “Use Chase Entrance.” The tower-top sign renderings were made public in late 2017.

It will feature 107 apartments called The Residences at Barnett; office use, including the University of North Florida Center for Entrepreneurship and Innovation; and other space.

Atkins said the first apartment dwellers will move in Aug. 1.

The sixth and seventh floors, totaling about 13,000 square feet, remain available for office lease, he said.

Atkins is the SouthEast Development Group principal and managing director leading the $100 million Barnett and nearby Laura Street Trio renovation, along with a new parking garage, with The Molasky Group of Cos. 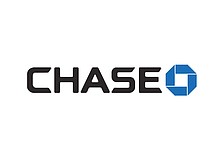 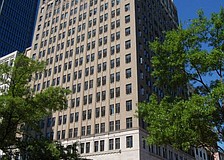 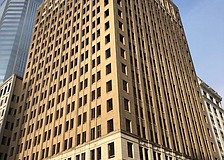 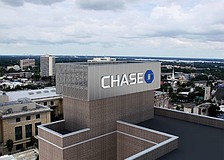 Chase Bank seeking exception for two signs atop The Barnett