The city approved a permit Wednesday for the $1.2 million renovation in South Jacksonville.

Autobahn Indoor Speedway & Events is adding a full-service restaurant, a bar serving beer and wine and up to 50 arcade games at its Jacksonville location.

The city issued a permit Wednesday for Auld & White Constructors LLC to renovate the Southside venue at a cost of $1.2 million.

In May, Director of Operations Donald Wagner said Autobahn was “always innovating.”

“We try to find what is the next thing we can add for the customer’s experience,” he said of the racing-themed entertainment destination.

Autobahn opened five years ago in an 80,000-square-foot building it leases at 6601 Executive Park Court N. off Interstate 95 and Butler Boulevard.

It offers high-performance electric go-karts that can reach speeds up to 50 miles an hour. It also offers parties and corporate events and added Autobahn Axe Throwing last year.

The company will renovate about 14,000 square feet of space in the northwest part of the building to convert the conference room and break room into dining, private dining, bar and kitchen space.

The southwest track and the track view will be modified, plans show.

Wagner said he expected to complete the Jacksonville project by year-end. Autobahn will remain operational during the construction.

“People wanted food, so let’s give them some food. People wanted more to do, so we added ax throwing. We are adding arcade games, so that supplements what we do now,” he said.

It will offer racing, ax-throwing, arcades, food and beverages. It also offers a virtual reality unit.

Plans indicate 112 seats and 26 bar seats in the dining area along with 113 seats for private dining. Autobahn might seek a full liquor license next year.

The restaurant service will coincide with operating hours.

Autobahn is owned by Tampa-based Autobahn Holdings. It owns 12 locations across the country, including Accelerate Indoor Speedway. 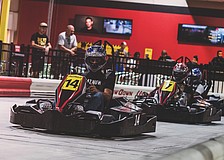 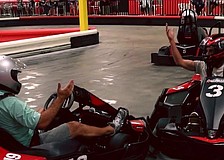 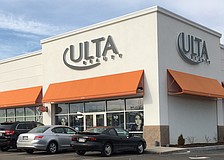 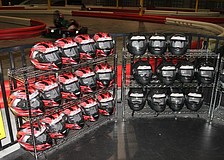