Merged BB&T and SunTrust will be called Truist

The companies chose Charlotte for the combined headquarters.

SunTrust Banks Inc. and BB&T Corp., which agreed to merge in February, announced Wednesday that the combined company will be named Truist Financial Corp.

The merged bank will be known as Truist Bank.

The companies said they hired a brand consultant and received input from employees and consultants in coming up with the new name.

The merger of the two banks is expected to be completed in the third or fourth quarter this year.

Although SunTrust is based in Atlanta and BB&T is headquartered in Winston-Salem, North Carolina, the headquarters of the merged company will be in Charlotte.

The companies said Wednesday they have chosen a 47-story building in Uptown Charlotte for the headquarters office.

The downtown area of Charlotte is known as Uptown.

Both companies have offices in Downtown Jacksonville and have 38 combined branches in the Jacksonville metropolitan area. They have not revealed plans for the local offices after the merger. 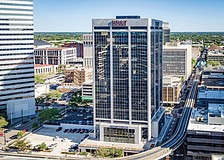 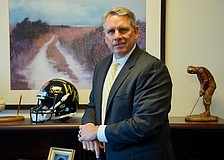 North Florida regional president on what's ahead for Truist 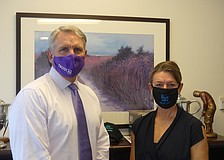 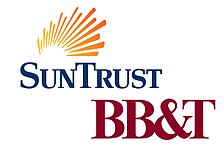 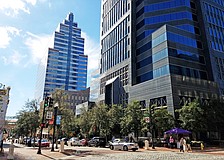 Remodeling approved for SunTrust to move to Bank of America Tower