Bids are in for demolition of The Jacksonville Landing

Estimated costs to tear down the shuttered riverfront shopping all range from $978K to $2.77 million

Seven contractors have submitted bids to demolish The Jacksonville Landing with estimated costs ranging from $978,200 to $2.77 million.

The sealed bids were opened and read aloud Friday at 214 N. Hogan Street in the Ed Ball Building, eighth floor after a 2 p.m. deadline for contractors to submit their proposals.

The contractors who bid on the demolition are:

No decisions were made Friday and Laidler said the bids are subject to further evaluation by the city.

City code gives officials 30 days before a full cost breakdown of the bids are released to the public; however, the city could come to a tentative decision sooner.

Two tenants remain at the Landing: BBVA Bank, which has yet to reach a lease buyout agreement with the city, and Hooters Restaurant, which has an Oct. 29 deadline to vacate.

City officials are considering a phased demotion so work can begin before the bank moves out. 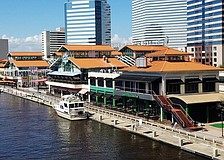 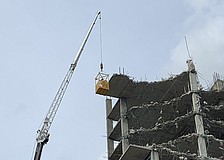 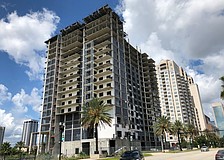 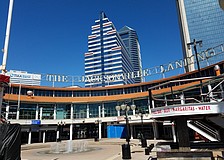 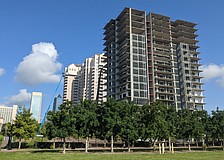