Jacksonville-based VyStar executed a sale with Profit’s 100 West Bay Street 1 LLC on Feb. 28 for $5 million. The deed was recorded Wednesday with the Duval County Clerk of Courts.

VyStar President Brian Wolfburg said Wednesday a third party presented the opportunity to purchase the 73,000-square-foot-building, which will allow the company to create a larger campus in the urban core.

The building is next to 76 S. Laura St., the 23-story tower VyStar bought last summer for its relocated headquarters.

“When we started to do our space planning and design work within what is available in the tower, we saw that we were not going to be able to give our departments room for growth,” Wolfburg said.

“We saw we could fit the individuals we needed to now, but not for our future needs, two or three years down the road,” he said.

Wolfburg said the West Bay Street building eventually will house 200-300 lending specialists, although the design is in the early stage.

Profit planned to redevelop the 56-year-old building into an 89-room Hotel Indigo with ground-floor retail and rooftop dining.

He received design approval in May from the Downtown Development Review Board.

Profit purchased the site at Laura and Bay streets for $3 million in 2013. He could not be reached for comment Wednesday.

“What worked for us is what worked for him,” Wolfburg said of VyStar’s purchase of the property. “We knew if another project happened there we would never have the opportunity to get it again.”

Wolfburg said VyStar hopes to begin work on the building this year, with construction rolling into 2020. He said it was too early to disclose construction costs.

“It’s going to be a complete gut rehab, from the windows to the roof and everything in between,” he said.

VyStar is mindful of the building’s historic status as it begins design work, he said.

The credit union is building-out its new corporate headquarters next door at 76. S. Laura St. The credit union bought the former SunTrust Tower and a nearby parking garage along Hogan Street in July for $59 million.

The company plans to bring at least 900 employees Downtown this year, with the first wave coming later this spring.

“That’s progressing very well,” he said of the tower. “We’ve completed a lot of core work, done demo on about six floors and we’re now starting on design in advance of the build-out of our ground-floor branch.”

Programming for the alleyways between the buildings and the parking garage is being determined, but Wolfburg said to expect VyStar to focus on amenities for employees and the public.

The 100 W. Bay St. building has one tenant, Peterbrooke Chocolatier, which Wolfburg said will remain.

“We want to create a campus feel for our employees and we want to be good corporate citizens in Downtown,” Wolfburg said.

“Activating street-level retail in our buildings with shops and restaurants is part of that,” he said. 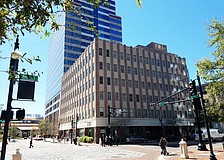 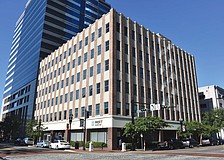 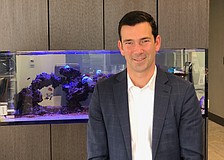 VyStar continued to grow during pandemic, looking at Downtown expansion 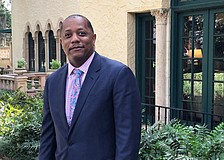 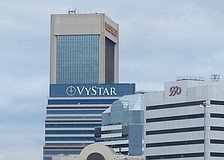 VyStar plans to put its name on Downtown tower in August