How an attorney helped a mother and child move forward.

Because of her work, a voice was heard that otherwise would not have been, protections for a child were established and a family has a chance to thrive.

Here’s how Hansen describes her case:

I accepted this case shortly after the father (my client’s ex-husband) took their 4-year-old child to an emergency room at 3 a.m. claiming that the child had been inappropriately touched while in my client’s care.

My client was not contacted until the nurse at the hospital refused to admit the child without speaking to my client. The police were called to the hospital and met with my client as well.

The Department of Children and Families followed up with an investigation of my client.

The only findings were that the father was playing a “stick it to mom” game and after the minor child was interviewed, it was determined that no one inappropriately touched the child.

My client refused to allow her child to go to her father’s house until she was able to understand what had happened. She also was concerned that her child was forced to be intimately examined by a physician in a hospital for no reason.

When the reports were received and it became obvious the allegations by the father were false, my client felt it was another of his attempts to bully her and an emergency motion was filed to limit father’s parenting time.

From the time of the motion and first status hearing, the father was allowed limited day visitation with the child and the child was ordered to go to counseling.

During this time, it became apparent to the counselor, through the child’s narratives, that the father had been verbally and physically abusive toward his girlfriend in front of the child.

It became even more apparent that the father’s false allegations that resulted in the hospital visit were not true and the child had no recollection of any such event. The child had only very specific recounts of her father and her father’s girlfriend.

The father also had failed to pay child support for three years and had not paid for any medical expenses, school expenses, etc.

A clear record has been established for my client to pursue action against the father in the future and move for supervised visitation only if another event occurs.

My client felt that in the past, the court did not believe what she had been expressing about the father’s behavior at the time of the divorce and felt she had no voice, which gave the father substantial parenting time.

Knowing the abusive nature of the father, the client has been extremely fearful for the child each time the child was with the father.

In response to the pending litigation, the father finally found full-time employment, making money in a legal and appropriate fashion such that a withholding order could be entered. My client started to receive child support, including an extra $100 per month for the more than $10,000 arrearage.

The father was found in contempt for nonpayment of half of the first session, as well as for his failure to pay child support.

The outcome that was important for my client was that she finally felt the court believed what she was saying and she no longer seemed to be the “crazy ex-wife.”

The child support payments are helpful too, and she is happy to be receiving financial help from the father.

As this was my first pro bono case, I gained an immense amount of experience.

Susannah Collins Robinson was my “expert resource” attorney and a valuable guide and coach. She provided feedback when I had questions and, as a new attorney, I would not have known the procedural steps without her help.

This case also showed me the need for low-cost divorce and custody attorneys in our community, not just probono attorneys.

I recommend that all attorneys take a probono case. It helps to better the community, helps lawyers maintain perspective and is helpful for a lawyer’s general practice.

Even if someone wants to take a case in an area they do not practice, Jacksonville Area Legal Aid has resources to ensure attorneys who volunteer are successful. 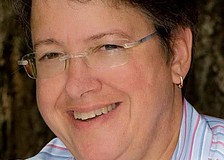 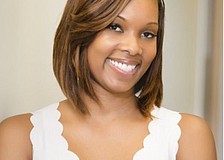 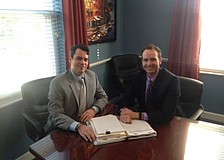