The specialty grocer will open in the Shoppes of St. Johns Parkway.

Earth Fare announced Thursday that it will open a third store in Northeast Florida in the fall.

The specialty organic and natural food grocery store said it will open a 24,000-square-foot store in the Shoppes of  St. Johns Parkway in St. Johns County.

A spokeswoman said each new Earth Fare employs an average of 100 full- and part-time employees.

Earth Fare, founded in 1975 in Asheville, North Carolina, operates more than 50 locations across 10 states in the Southeast, mid-Atlantic and Midwest.

Its 14 Florida stores include two in Jacksonville in East Arlington and in Mandarin.

The Shoppes of St. Johns Parkway is under development by Jacksonville-based Sleiman Enterprises.

“St. Johns County is one of the fastest growing counties in the country, and Earth Fare is proud to provide the area with more convenient access to Clean, healthy food,” said Frank Scorpiniti, president and CEO of Earth Fare, in a news release.

Shoppers also will find prepared foods, including a salad bar, hot foods bar, pizza station, sandwich counter, and packaged meals-on-the-go. There also will be an indoor and outdoor café with free Wi-Fi. 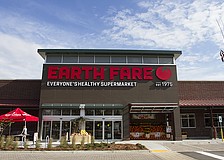 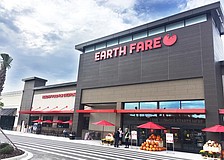 Earth Fare closing all of its stores, including 3 in Northeast Florida 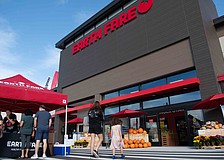 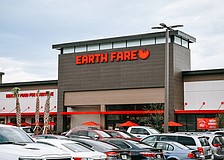 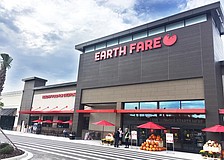 Earth Fare opens in the Shoppes at St. Johns Parkway