That confirms FIS is the code-named Project Sharp, a long-expected disclosure.

“Today is really a neat announcement, because we’re able to announce that FIS has decided to double down on its commitment to Jacksonville and build a new and expanded headquarters just a few hundred yards away on ground right here in Jacksonville,” DeSantis said in the lobby of the building FIS shares with Black Knight at 601 Riverside Ave.

FIS has been in Jacksonville for more than 15 years. Because of its $43 billion acquisition July 31 of Worldpay Inc., it needs more space.

The combined company will have more than $12 billion in annual revenue and 55,000 employees worldwide in 40 countries. It has clients in 110 countries.

As part of a $29.9 million incentives deal with the city and state, Fortune 500 company FIS will retain its 1,216 Jacksonville employees. Norcross said its three Jacksonville facilities will be consolidated into the new headquarters, expected to be completed in June 2022.

The headquarters also will have structured parking. The economic development agreement does not provide details on the number of spaces.

City Council approved its share of the incentives for the code-named Project Sharp on Sept. 10. The economic development agreement, signed by city officials and FIS CFO James Woodall, was effective Thursday.

It was the second appearance for DeSantis in Jacksonville since September, when he promoted the financial technolgy industry and education in the state, calling FIS an important part of the Northeast Florida economy.

The governor’s announcement Friday coincided with the annual JAX Chamber recruitment trip to London in conjunction with the Jacksonville Jaguars game at Wembley Stadium. Mayor Lenny Curry is in London, but his office sent a statement from him.

“Jacksonville is a hub for the financial technology sector and this announcement enhances that reputation,” he said.

“FIS is a Fortune 500 company, and a worldwide leader in FinTech that is headquartered right here in Jacksonville. My team and I are proud to work with FIS to expand their presence in our city, bringing 500 additional jobs to our urban core.”

FIS will “lean in heavy” on the environmental impact of the building, Norcross said. “It will be the greenest building not only in Jacksonville but possibly in the state.”

He did not provide details about the facility’s energy efficiency.

FIS will own the 4.5-acre property, now a parking lot owned and used by insurer Florida Blue. Hines, a privately owned global real estate firm based in Houston, will serve as the development manager. Los Angeles-based Gensler is the architect.

FIS will buy the land from Florida Blue by the end of the first quarter and break ground by the second quarter.

The Downtown Investment Authority and city leaders have been working with Florida Blue and GuideWell Inc., its parent company, since June to replace the surface parking lot with a 869-space, $22.5 million garage at Magnolia, Forest and Park streets nearby in Brooklyn.

Ownership of the $3.17 million property will be transferred from the city to Florida Blue by Dec. 31, and the insurer will receive a $3.5 million completion grant to build the garage.

That project is in the permitting phase and will go before the Downtown Development Review Board for final design approval Nov. 14.

GuideWell officials said the garage also will allow the company to add 500 contract and 250 full-time positions to its 532 Riverside Ave. campus.

Geraghty said selling the land to FIS was insurance that the financial technology company kept its home in Jacksonville.

“I was concerned about the idea that they could possibly leave. Gary (Norcross) mentioned that the ability to have access to the land close to this location was going to be an important factor in their decision-making in whether to stay or go,” Geraghty said in an interview after the announcement.

“We needed an answer for our parking deck and we wanted to make the parking available to the city after hours, so it would be a contribution to the community as well. So I think everybody won in that equation.”

A new headquarters: The project will construct a 12-story, $145 million, 300,000-square-foot office building and parking structure at 323 Riverside Ave.

No cuts: FIS will retain the 1,216 jobs it has in Jacksonville

The Jacksonville City Council approved a $29.9 million city and state-backed incentives package Sept. 10 for the code-named Project Sharp. Here’s what’s in the package:

• A city Recapture Enhanced Value Grant of up to $23.4 million paid from tax increment district funds by 2043, or 20 years after the improvements are made. That indicates the structure would be completed by 2023.

• A $3.5 million city closing grant upon completion of the improvements, which must be at least $130 million. 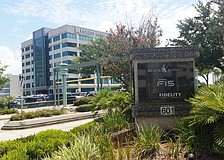 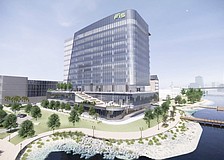 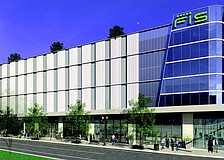 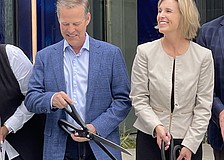 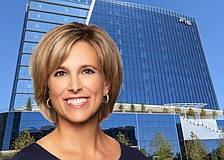