The other two structures are the adjacent Iberiabank building and a parking garage.

The Hertz Investment Group, a California-based real estate investment and management group that focuses on downtown revitalization, paid $88 million for the property in July 2014.

Hertz sold the property for 14% less than it paid six years ago.

Jacksonville-based Barnett was sold to NationsBank which then merged with Bank of America.

With the purchase, Group RMC acquired the five-floor, almost 42,000-square-foot Iberiabank building at 135 W. Bay St., next to the tower, and a nine-story, 93,000-square-foot parking garage at 25 W. Forsyth St.

“The building definitely has a bright future under the new ownership,” said Mike McDonald, the Dallas-based vice chairman of Capital Markets with Cushman & Wakefield.

“There is an enhanced desire for capital to invest in high growth and low tax environments across the Sunbelt and Jacksonville definitely provides that opportunity,” he said.

Cushman & Wakefield has been marketing the property for at least a year.

“The trophy-class, LEED certified skyscraper has stood as the iconic focal-point of Jacksonville’s skyline,” it said previously on its website among its “Capital Markets Opportunities.”

McDonald said previously the building will sell “at a substantial discount to replacement cost,” meaning it would cost more to build a structure of that size than the sales price.

Group RMC and its affiliate entities own 18.5 million square feet in the U.S., principally in the Midwest, representing more than $2 billion in asset value, it says.

It says its “principals typically participate with 5% to 20% in each partnership and offer partners the opportunity to co-invest because Group RMC seeks like-minded partners, not simply ‘clients.’”

Group RMC also says it and its partners are “permanent and patient investors,” indicating a long-term ownership. “Group RMC will never be a forced seller and will only sell if an irresistible offer arises,” it says.

The website shows it owns 37 properties in 12 states and another 12 in Quebec. It doesn’t show any other holdings in Florida.

Hertz owns more than 21 million square feet of office assets across the country. 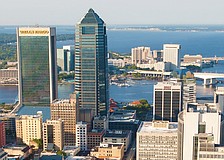 Bank of America Tower could find a buyer this week 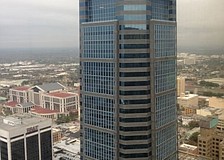 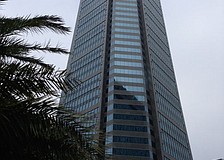 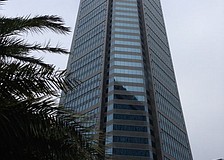 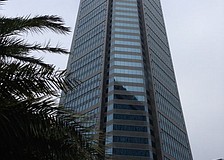 Bank of America Tower sale could close next week