Arrelious and Mariel Benn plan to open Social House Coffee by the third week of February.

Arrelious Benn has seen not only the inside of football stadiums in cities across the country but also coffee shops during his eight-year NFL career.

The former Jacksonville Jaguars wide receiver said he and his wife, Mariel, have “always had a passion for coffee.” Hers began as a child in the Dominican Republic where coffee is a part of life, she said.

In his NFL off-seasons, Arrelious traveled to the University of Miami to earn his Master of Business Administration degree.

“I knew I can’t play football forever,” said Benn, who retired in 2017. “I was always trying to learn outside of my craft with football. And I knew I wanted to open up a business.”

The couple decided to open Social House Coffee at 4204 Herschel St. in Avondale. It will open around the third week of February.

Social House will emphasize coffee and also serve loose leaf tea and pastries. There won’t be any “crazy” drinks and customers always will be able to taste the coffee, Mariel Benn said.

A drink called the “Gladiator” is a cold-brew coffee with a shot of espresso, which Arrelious Benn says “just gets you wired,” but also tastes good.

The intimate 700-square-foot space will help the Benns educate guests about their coffee and allow them to be “social” and connect with the community, they said.

They will roast their own coffee in Tallahassee and after a year will look for a space in Jacksonville to open a roastery.

To start,  the couple and a friend will run the shop. Mariel Benn will continue as a Coldwell Banker real estate agent, but also help at Social House. They’ll consider hiring a few part-time positions once they become more comfortable with the store’s operations.

“If I’m going to create a business, I feel as though we should be in it ourselves before we can tell somebody how to run it,” Arrelious Benn said. The couple also is considering additional Social House locations.

As Avondale residents, they looking forward to being involved with the community.

“It doesn’t just stop at coffee,” Arrelious Benn said. “Coffee is going to be something that’s going to help us engage in the community as well.” 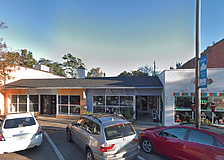 Southern Grounds is brewing plans to open in Avondale 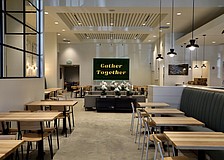 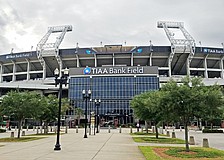 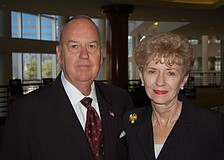 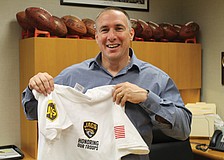