The Downtown site has been identified for a possible Daily’s gas station and convenience store.

A former Downtown nightclub at West Forsyth and Broad streets is in review for demolition.

Previously filings show the site is targeted for redevelopment for a Daily’s gas station and convenience store.

The city is reviewing a permit application for Elev8 Land Clearing & Demolition to demolish and dispose of the building at 618 W. Forsyth St. at a cost of $49,500.

The immediate plans after demolition are to grade and sod the site, according to a letter included with the permit application.

The closed three-story, 10,000-square-foot structure built in 1914 has been known as the Eagle Laundry Building and also the Kartouche Night Club.

In May, the Jacksonville Historical Society listed it as one of the structures on its annual list of the city’s most endangered buildings.

Property records do not designate the building as historic.

Mark Wainwright with Pine Street/RPS said July 10 the property is under contract. "We are not allowed to disclose any information concerning the contract," he said.

In March, civil engineer England-Thims & Miller asked JEA to review the availability of utilities for the site.

The service availability request identified the site for First Coast Energy to develop a Daily’s gas station and convenience store.

In addition to the closed nightclub, a former bank drive-thru at 60 N. Broad St. built in 1976 is on the site.

In March, LoopNet.com stated the nightclub structure was under contract. The property is not currently being advertised on the real estate site.

Lawyer Mark Rosenberg owns the bank property. When asked in March about the service availability request for First Coast Energy, he referred questions to the company.

First Coast Energy said in March it didn’t have ownership of property in that area.

“We do not own any site downtown so I am not in a position to comment on development plans,” said First Coast Energy Chief Operating Officer John Rodriguez in a March email.

He did not respond to emails seeking comment this week.

Downtown Investment Authority CEO Lori Boyer said July 6 she had no information about the demolition or proposed use of the site.

Jacksonville-based First Coast Energy owns and operates 37 Daily’s stores across the state, according to its website. They sell Shell gasoline.

The demolition plan says it will be done with an excavator while the building is sprayed with water. Debris will be loaded in dump trucks and hauled to a certified construction and demolition debris landfill.

It says asbestos has been removed from the building from a certified asbestos contractor. A safety fence will close in the property and a silt fence will surround the site for sediment control.

There are no trees on the property.

Work for the anticipated five-day process will be 8 a.m.-4 p.m. 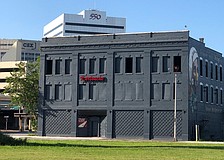 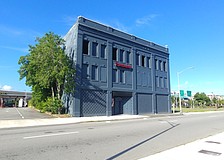 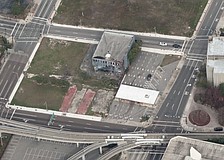 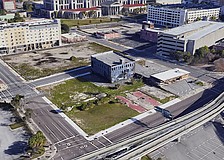 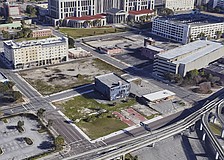