Business leaders discuss ‘Race and its Economic Effects on Jacksonville’

“It starts with leadership to make a stance, make a point and say, moving forward, our organization, we’re going to move in this direction,” Meyer said June 8.

Following the death of George Floyd while in police custody in Minneapolis, JAXUSA Partnership President Aundra Wallace said he met with his staff to start “a dialogue” about race relations in the country.

“Having that dialogue and conversation, as uncomfortable as it may have been – not for me but maybe for my staff – it was important to do so,” he said. “I may have a staff of 15 and only three of us are African American, so that means I’m a minority leading a majority staff.”

Wallace and Meyer were panelists at “Race and its Economic Effects on Jacksonville,” a virtual JAX Chamber Downtown Council event.  About 100 people attended the Zoom meeting.

Wallace said JAX Chamber will “be coming forward with some steps that we feel the business community can take to address some systemic challenges that have been in place for people of color.”

At VyStar, Gasper said CEO Brian Wolfburg sent a memo to his staff that the company will “champion diversity, equity and inclusion.”

In June, the company hired Allie Braswell Jr. as its vice president of diversity, equity and inclusion. He is responsible for directing the company’s diversity initiatives and recruiting and retaining a more diverse workforce.

“(Wolfburg) was just honest, open and upfront with all our employees that there are some things we can do better,” Gasper said.

Wallace said when companies consider moving operations to Jacksonville, their top focus is the workforce.

“They really have a need for certain skills and it’s a plus that they can get the diversity they want,” he said. “It’s up to me and my staff to have a conversation with them to push that diversity conversation. And we do that to the best of our ability.”

Umunna, who also works as a political strategist, said relying on politics to fix systemic racism is not enough. The business community plays a big role, he said. 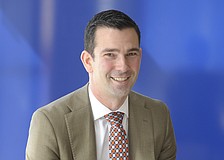 From coffee to cups: Spurring manufacturing in Jacksonville’s Eastside 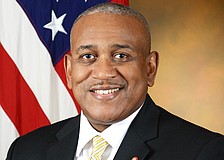 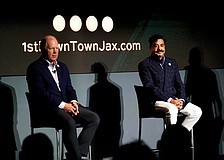 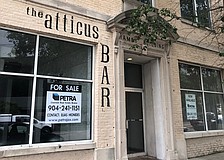 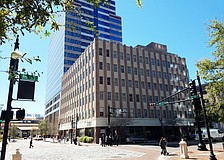