Ryan received the financing through Ryan Jacksonville LLC, according to the construction mortgage recorded July 7 with the Duval County Clerk of Courts. It was executed June 29.

The financing is designated for property at 337 W. Adams St., according to the mortgage documents. Ryan announced June 30 in a news release that it paid the city of Jacksonville $2.6 million for the parcel to build the 162,000 square foot class A office building.

The address for the parcel previously was listed as 325 W. Adams St.

Ryan plans to break ground in September and complete the building in early 2022.

JEA’s headquarters will include about 153,000 square feet of rentable space, with an adjacent eight-floor, 640-stall parking garage.

JEA contracted with the CBRE real estate firm to help negotiate the deal with Ryan.

The JEA board of directors approved a renegotiated lease with Ryan on May 21 to build a scaled-back corporate campus, reduced from a $78 million, nine-story, 196,000-square-foot office building approved last year.

Ryan will build the headquarters and lease it to the city-owned utility. The board also voted unanimously to extend the lease agreement from 15 to 20 years.

Documents show the smaller headquarters and amended lease agreement will reduce JEA’s gross rent cost by $27 million over the life of the lease.

JEA officials expect the smaller headquarters option will save the city-owned utility $19 million to $35 million in operational costs from its existing 360,000-square-foot, 19-story tower and campus at 21 W. Church St. built in 1962.

JEA board Vice Chair Bobby Stein, interim CEO Paul McElroy and utility procurement staff are working with CBRE Jacksonville to find a site for a 40,000-square-foot “hardened” facility for an emergency operations center resilient to flooding and severe weather.

Stein said during the board’s June 23 meeting that JEA is working with Downtown Investment Authority staff to find a site for the second facility. 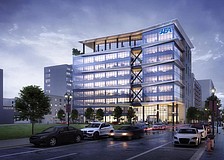 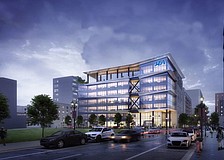 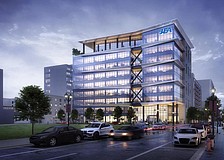 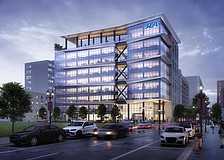 JEA may shrink new headquarters by two floors, could demolish old one 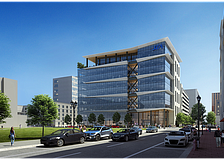 Work on JEA’s next headquarters to begin by next week