The hospital leader intends to focus on preparing the medical facility for the August convention.

Haley still intends to provide health and safety protocol guidance for the event, said UF Health Jacksonville Media Relations Manager Daniel Leveton, but the hospital CEO will leave the Jacksonville 2020 Host Committee to focus on preparing the medical facility for its role in the Aug. 24-27 convention.

“I think the thought is that (Haley is) so tied up here, he didn’t want to be pulled away from that,” Leveton said.

Leveton said because UF Health Jacksonville is the only Level I trauma center in Northeast Florida, the hospital will be involved in planning for President Donald Trump’s visit.

Leveton said UF Health officials will meet with the U.S. Secret Service in the lead-up to the RNC and Trump’s nomination acceptance speech at VyStar Veterans Memorial Arena.

“UF Health Jacksonville is normally called upon to assist during major events in Jacksonville, and therefore will play an important role as Jacksonville prepares for the Republican National Convention in late August,” Leveton said in an emailed statement June 22.

“We work closely with local law enforcement and government officials throughout the region on a daily basis, and annually during hurricane season, so our organization is well-prepared to assist in planning for this unique event,” he said.

Haley’s departure comes as the host committee plans to announce working groups for health and community wellness, transportation, local economic opportunity and hospitality, according to a June 22 email from the committee. Leveton said Haley might participate on a working group.

The host committee did not immediately respond to an email for comment June 23.

Haley is the second member of the host committee to depart since the 32-member group, co-chaired by Jacksonville Mayor Lenny Curry, was announced June 18.

The Potter’s House International Ministries founder Vaughn McLaughlin said in a video Facebook message June 19 that he was “shocked” to see his name among the list of committee members and never agreed to be part of the nonprofit group.

McLaughlin said in the video that he told Curry he would not serve on the committee, but agreed to work with JAX Chamber President and committee member Daniel Davis to make sure the city’s Black community benefits from the economic boost the committee expects from the RNC to bring to the region. 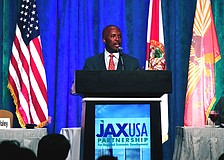 Health leaders say they will be prepared for Republican National Convention 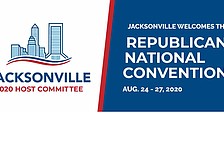 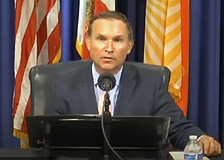 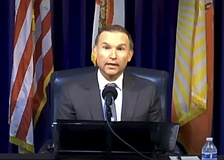 Curry steps up capacity enforcement at bars and restaurants 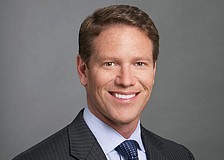