Florida accounted for 8% of property insurance claims nationwide in 2019, but for 76% of the property lawsuits.

How did we move — in just five years — from a vibrant insurance market where financially solid companies competed for business to an unhealthy environment where policyholders who have never filed a claim are being dropped or see their premiums jump 30%, 40%, 70% in a year?

Last week, we got an answer.

The Florida Office of Insurance Regulation reviewed 750 insurance companies from around the country. It found that Florida accounted for only 8% of all claims filed nationwide in 2019, but nearly 76% of all lawsuits.

That number, taken from data gathered by the National Association of Insurance Commissioners, not only is mind-blowing but clearly unsustainable unless Floridians accept the level of rate increases we are seeing today.

While the NAIC data is incredible, it is not unexpected.

While storm activity played a part in last year’s losses, remember that no major storms hit Florida in 2020.

Instead, the major reason for these unsustainable losses is excessive and abusive litigation on a scale that exists nowhere else in the country.

Besides raising rates, some companies have stopped writing new business, while others restrict what they write or reduce coverage on the policies they renew.

Citizens is financially sound, but its surplus could be depleted quickly as our policy count grows. Once its surplus is exhausted, Citizens could be forced to assess its policyholders up to 45% of their policy premium.

Additionally, millions of non-Citizens policyholders could be forced to pay assessments, if needed.

Every day, more Floridians see the impact of this litigation explosion and are calling for action.

I urge the Legislature to pass meaningful litigation reforms that will help to stop runaway legal costs that impact policyholders across the state who are being canceled, forced to find new coverage or pay higher premiums to protect their most valuable investment — their homes. 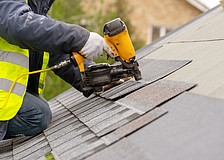 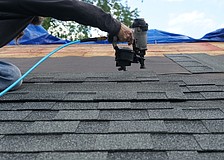 Insurance agents: Why rates for Florida homeowners are soaring in 2022 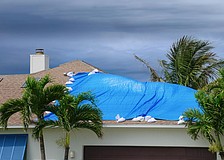