Review & Comment: Inflation: The insidious tax on us all

Food prices are rising 8% to 10% a month for restaurants. Don’t blame the suppliers. Blame the Washington looters for printing too much money.

Take a good look at the charts at right from the Federal Reserve Bank.

Sadly, they are prima facie evidence of the untold story of Washington politicians killing the wealth of the middle class and savers and setting the stage for another national economic calamity.

The weapon is inflation — simply, the printing of more money. Printing more dollars to feed the stupefyingly reckless spending of our Washington politicians — presidents and congressional members of both parties alike.

Consider this: From the start of Donald Trump’s presidency to the Joe Biden presidency, the M2 money supply — the standard measurement of money and deposits in circulation — has increased 47%, from $13.36 trillion to $19.67 trillion. Since 2010, the increase has been 132%.

It’s seemingly incomprehensible just to think of the stacks of trillions of dollars that were printed to keep up with the spending:

• $1.9 trillion in the Biden COVID package this month.

• Not to mention, the $6 trillion in federal deficits the past five years.

To be sure, it is difficult to grasp how all those billions and trillions trickle down to you and affect your day-to-day life.

But here, perhaps, is an explicit way to frame the printing of all this money:

Surely, you have noticed how that $100 in the grocery store checkout line is purchasing less and less.

And that is it. That is the hidden, insidious tax of inflation. It strikes in small amounts, like a constant drip, gradually reducing everyone’s purchasing power, with consumers rarely grasping the seriousness of the tragedy.

This is the vicious work of Washington politicians.

As the late Austrian economist Ludwig von Mises explained inflation in the 1960s in a series of lectures:

“The first rule, or the only rule which we have to teach everybody in explaining the problems of money is that an increase in the quantity of money brings about for the group, for the people, for the society, for the king, for the emperor who does it, a temporary improvement of the situation. [Think of this in terms of the COVID stimulus checks — the “temporary improvement.”]

“But if so, why do it today only and not repeat it tomorrow? This is the problem of inflation.

That is happening now.

A longtime restaurant owner in Sarasota and Manatee told us last week food prices for his restaurants have increased 8% to 10% in just the past 30 days. Lobster prices have tripled.

Such shortages are likely to get worse. Think of what will happen nationally when the lockdown states re-open. More restaurants will compete to buy a limited supply of food — driving up prices further still.

Meanwhile, the National Association of Home Builders reports lumber prices have increased more than 200% since April 2020, boosting the price of an average new single-family home to increase by more than $24,000.

A Longboat Key homebuilder tells us his business is strong, but two problems are stressing him out — the backlog in materials, which is delaying completion dates, and an inability to find reliable people to work.

Ditto for the restaurant owners: One has more than 100 openings he hasn’t been able to fill.

The lack of labor is acute. You know it yourself. Wait staffs are slower, and you see the “now hiring” signs on the doors of every retail business. Employers are desperate to find reliable help.

The labor shortage also is one of the unintended consequences of Congress printing too much money and handing out COVID relief checks. The incentive to work has diminished.

In March 2020, just before all the pandemic shutdowns began, Florida’s labor participation rate reached 60%, its highest level since 2013. But now, it’s hovering around 57%. Why work when Washington keeps sending you checks?

Likewise, why raise Florida’s weekly unemployment compensation rates as the Florida Senate voted unanimously to do when employers are desperate for help? It’s politically popular, for sure, but goes against economic logic.

It’s hard to imagine how today’s circumstances can end well. Particularly when the likes of AOC, Sanders, Pelosi, Schumer and their puppet, Biden, are demanding even more spending and printing for the Green New Deal. When Congress was on the verge of approving the most recent $2 trillion plan, AOC said that wasn’t enough; it should be $10 trillion.

All of this is a national tragedy and a colossal economic calamity bound to happen.

Equally tragic is how Americans are seemingly so oblivious to what the looters in Washington, D.C., are doing to them. As von Mises said more than 50 years ago:

“Everything that is done by a government against the purchasing power of the monetary unit is, under present conditions, done against the middle classes and the working classes of the population. Only these people don’t know it. And this is the tragedy. The tragedy is that all these people are supporting a policy that makes all their savings valueless.”

But he must ask for higher prices because there are now more people wanting to buy his produce. Now people are coming — not with 500 but 600 pieces of money in their pockets. And the buyers must, therefore, in order to prevent other men from getting the things they want, pay higher prices. Now we have inflation.”

“There is no better way to bring about a tremendous revolution than to destroy the savings of the masses.”

“One could compare this printing of paper money with what has happened in the field of the use of various drugs.

“If the government can inflate whenever it wants to spend, it can take away from the people without their agreement everything — their purchasing power, their savings and so on.

“From this point of view there disappears even the fundamental principle which everybody sees as the difference between a Communist government and a government based on the idea of individual freedom, the preservation of free markets and the ability of the people to control the government.” 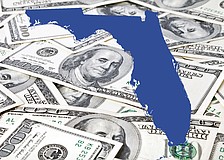 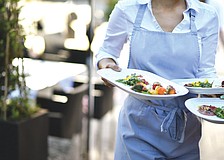 Review and comment: A $15 minimum wage hurts too many 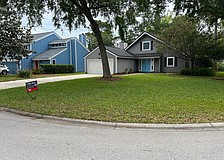 Housing market continues to favor the sellers through Q1 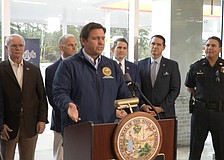 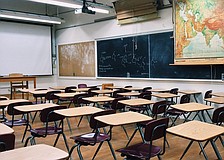 Opinion: Time’s up for public education