Challenging path to the bench

Judge Julie Taylor says friends and colleagues made the process easier through their encouragement and support.

On July 1, I was sworn in to be the new Duval County judge by 4th Circuit Chief Judge Mark Mahon.

Although I dreamed of such a day many times, there were many times when I believed it would not happen. After three years of working on judicial applications, studying for interviews with the 4th Judicial Circuit Judicial Nominating Commission and the governor’s General Counsel’s Office, and participating in those interviews in Jacksonville and Tallahassee, my goal became a reality.

I wish I could say that the process was easy, but it was not.

As many people have discovered for years before me and will continue to find in years to come, the nomination process is not a simple one. But as I navigated my way through this process, I found friends and colleagues along the way who made the process easier through their encouragement and support.

I think we often forget, especially during this age of COVID-19, that our friends and colleagues are there for us when we need them the most. All of their contributions to my efforts to obtain my nomination were vitally important: Emails with relevant case law to read and study, suggested questions from past interviews, advice from those who had interviewed before me and heartfelt words of reassurance.

Each of the people who offered their assistance in one way or another is what encouraged me to continue my effort to become a judge and without them, I would not have been sworn in on the bench.

Following my nomination and my oath of office ceremony, I was honored to see and hear comments from so many people praising my determination and my persistence not to give up on the dream that I had for myself and my career.

I greatly appreciated those comments, but I know that my determination and persistence would not have continued without the help that I received from others. I will be eternally grateful for that help, and saying thank you will of course never be enough.

An unexpected consequence of the application process is that the work I put into the process made me a better candidate each time that I applied. The process forces an applicant to examine his or her experience and to improve knowledge and skills where they may be lacking.

As a result, I feel strongly that I not only became a better candidate throughout the process, but I also will be a better and more effective judge because of it.

The experience of being sworn in by Chief Judge Mahon was surreal, and I am looking forward to a formal investiture next year.

Now, almost four weeks after taking office, I am honored to work every day with circuit and county court judges who I have worked with as colleagues, practiced before as an assistant public defender, assistant state attorney, a private practitioner and whom I represented as the general counsel for the 4th Circuit.

My time working in the Duval County Courthouse has been a blessing to my life and my career, and I am grateful every day for the opportunity that I have to continue my work here as a Duval County judge. 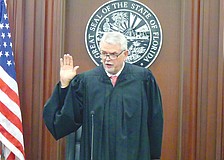 31 new attorneys sworn in at courthouse 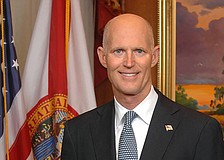 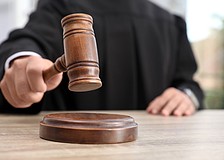 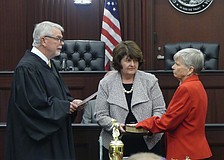 Judge Meredith Charbula: An 'incredible asset to the court'