Owner Dennis Espinosa plans to start construction on the project after the city issues building permits.

Main & Six Brewing Company plans an expansion that would bring another dining option to Springfield and the neighborhood’s first rooftop bar.

Owner Dennis Espinosa said he and his mother, co-owner Cindy Lasky, want to renovate a 3,600-square-foot building next to the brewery and connect the two. That space will house a restaurant, kitchen, barrel aging room and restrooms.

He will add a 2,000-square-foot rooftop space above the addition. The rooftop beer garden will be about 500 square feet. There also will be office space on the second floor.

In addition, he will add a 100-square-foot outdoor patio and pave the adjacent lot for parking.

Espinosa said he will start construction after the city issues the building permits.

Main & Six already has a cold-food restaurant license, which it obtained over the summer when breweries could reopen during the pandemic if they served food.

Main & Six serves cold sandwiches and other snacks from 1748 Bakehouse in Springfield and has food trucks on-site.

Espinosa said he will apply for a full-service restaurant license to operate in the expanded space.

While owners haven’t finalized a menu, Espinosa said they selected a chef who will help design it.

It won’t be too similar to the existing restaurants in the neighborhood — Strings Sports Brewery and Crispy’s Springfield Gallery.

“We don’t want to necessarily recreate the wheel and have identical or similar food,” he said.

Adding a restaurant was not in the plan when Espinosa and Lasky opened the brewery in 2017.

Espinosa said he saw the success of Wicked Barley Brewing Company in Baymeadows as a brewpub-style operation.

Springfield has a handful of food options, and with one at Main & Six, Espinosa said he hopes more people will be drawn to the neighborhood.

“It was kind of a two-fold thing: Get more people there and also stay competitive with some of the neighborhood places,” Espinosa said.

“We’re not losing out business to those that do have food, but they could stay a little longer with us rather than come for one or two beers.”

Espinosa said the project has been in the works for about two years. The coronavirus pandemic delayed it but did not threaten to keep it from happening.

“(There was) never a point where we thought it wouldn’t happen,” he said. “We were always wondering when.” 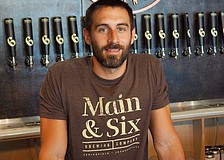 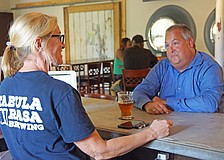 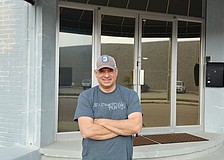 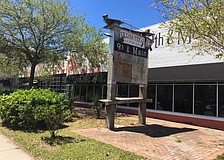 Springfield brew pub in the works 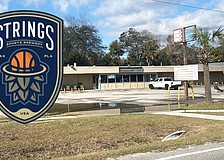