David and Darryl Bailey say an “unbelievable” bond, trust and work ethic help them face the test of the pandemic and the passing of the company’s founder.

That was 1981, after an injury ended his college football career.

Best business lesson: Be prepared for the difficult times and it is during these times that leaders lead.

Biggest fear: None really. Fear is just another obstacle to work through.

Career advice you would give your 21-year-old self: Continue to learn and read. It is the only way to grow. Great book: The E Myth by Michael Gerber.

If you had to start a new business tomorrow, it would be: I have enjoyed working with commercial real estate professionals in developing our sites, so I would lean toward that.

First product or service you sold: Furniture at Levitz Furniture.

Best business lesson: Take care of your people as you build your organization, never forgetting that it takes all of us to be successful.

Career advice you would give your 21-year-old self: Stay positive and never stop asking, “why not?”

If you had to start a new business tomorrow, it would be: I have a great deal of interest in motor sports (particularly high-performance motorcycles) and would enjoy being able to make a living in the industry.

His younger brother, Darryl, partnered in the business in 1989, as did David Bailey, the youngest of the three Bailey boys, two years later.

“It was a side job for a long time and then finally became a full-time career for us,” said David Bailey, 54, president and CEO.

Over time they consolidated their efforts and now, 40 years later, the brothers own and run 16 Bailey’s Health & Fitness centers in North Florida and one in Brunswick, Georgia.

A 17th is scheduled to open in July in Oakleaf Station in  Southwest Jacksonville.

“For us, it’s always been great to have a passion for what you do,” David Bailey said.

Revenue and staff were growing, but the Baileys faced a pandemic-mandated shutdown for about two months in 2020 and other safety adjustments.

Yet the biggest blow that year was personal.

Founder Don Bailey died of a cardiac issue in August at 59.

“It’s been very tough on the business and the family,” said Vice President and COO Darryl Bailey, 57.

The brothers, three years apart in age, had a division in duties. Darryl and David Bailey assumed Don’s.

Darryl Bailey has a software and sales background and already had automated the company’s systems, payroll, human resources, membership information and other elements of the business.

David Bailey is in charge of sales, purchases, leases, site selection and maintenance.

“We’re different in our tastes and styles but ultimately there’s an unbelievable bond and trust and...” Darryl Bailey started to say.

Don Bailey, who became a grandfather before his death, was president but had begun transitioning his role.

“We bounced everything off of him and he was that steady rock that always gave us a level-headed opinion,” said Darryl Bailey.

The company purchased Don’s interest in the business from his estate.

The three grew up in Arlington and graduated from Terry Parker – Darryl in 1981 and David in 1984.

Their sister, Denise, the third of the four siblings, died in an accident at the age of 21.

When Don Sr. retired after more than 30 years, their mother asked the boys to put him to work, so they did, in the warehouse.

“A lot of people have the idea that we were rich kids and that our parents gave us this business. That’s clearly not the case,” Darryl Bailey said.

They credit their parents for their roots and core values.

“We always worked,” he said. They cleaned the church, unpacked and stocked inventory at the gift shop and did what needed to be done.

Arlington remains their home base, with headquarters as well as a fitness center at the Monument Landing center at Monument and McCormick roads.

Their maintenance warehouse is in Arlington. Staff logs when fitness equipment needs repair and the service team is dispatched quickly to correct it or bring it in for service.

During the pandemic shutdown, the Baileys cleaned the clubs and equipment top to bottom, painted, upgraded HVAC and installed systems, at $10,000 per location, to keep the air clean and purified.

“We were in there doing maintenance, cleaning, things that were hard to do when we’re open 24 hours a day, seven days a week,” David Bailey said.

“We were busier during the shutdown than we’ve ever been.”

They kept management on full salary and most of the full-time staff remained, while part-time workers were furloughed to receive unemployment benefits.

The company is back up to 300 employees and needs to be at 325, Darryl Bailey said.

Jacksonville customers might remember the Baileys joined the national Powerhouse franchise for 16 years but dropped it in 2013 to focus on their health and fitness branding.

In fact, the pandemic caused more people to focus on health and fitness, they said.

They have more than 60,000 members. Club visits in March, a year after the pandemic, were the highest in company history.

The Baileys say ongoing staff training is essential for customer service. On the financial side, they’ve grown with little debt.

That allows them to innovate continually with the latest equipment, classes, focus areas like boot camp and cycling, nutrition supplements, apparel sales and other features.

“It comes back to customer service, cleanliness and constant maintenance. It’s been a huge advantage to us,” David Bailey said. 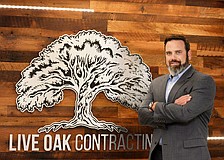 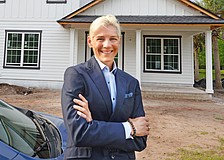 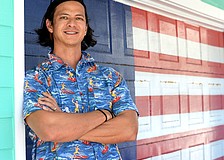 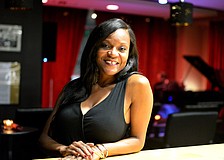 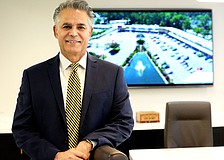