Museum leadership is working to determine where to build on the 6.86-acre site east of Hogans Creek.

The Jacksonville Museum of Science and History is a step closer to securing a site for its plan to relocate to the city-owned Shipyards on the Downtown Northbank.

The Downtown Investment Authority board is poised to vote Nov. 17 on a resolution to market a 6.86-acre parcel at the Shipyards east of Hogans Creek for 30 days before finalizing a long-term lease agreement with MOSH in January.

The DIA Retail Enhancement and Property Disposition Committee voted 4-0 on Nov. 16 to advance the disposition notice. The DIA must issue the 30-day notice before accepting an unsolicited bid or offer from a developer, company or organization for city-owned property.

Committee member Todd Froats and Chair Oliver Barakat said they agree with a recent riverfront development study completed by the nonprofit Jessie Ball duPont Fund that says a civic attraction like MOSH is the best use for the property.

“I think this is a great proposed use for the site,” Barakat said.

“I think it’s very complementary with many of the other uses and catalytic projects we’re trying to initiate in this part of Downtown. I think it’s a good move for the museum.”

Before the vote, DIA CEO Lori Boyer told the committee that MOSH plans to build a 130,000-square-foot museum on 2½ acres within the 6.68-acre parcel footprint.

MOSH and the city will determine the specific location later.

In October, the museum board announced the MOSH Genesis campaign to raise money to leave 1025 Museum Circle on the Downtown Southbank, its home since 1967.

MOSH leadership says the museum has outgrown its 77,000-square-foot facility and the new building would expand the organization’s capacity to serve students and visitors.

A preliminary term sheet included in the committee meeting packet says the DIA and city would allow MOSH to design and program the parcel’s remaining 4.36 acres.

In that space, MOSH could use 1½ acres shared with the city for private events and programs.

According to Boyer, MOSH would contract designs for the other 2.86 acres as a public park, Downtown Riverwalk extension and Emerald Trail connection.

The DIA negotiated a 40-year lease with the nonprofit MOSH at $1 per year. There is an option for a 10-year extension.

The term sheet could change before the board is expected to vote on it in January. Boyer said the board and DIA staff will not be able to discuss the deal publicly for the 30 days the disposition is active.

Boyer told the committee that MOSH likely will not have a site plan or design prepared when the ground lease returns to the board for a final vote in January.

She said museum officials told the DIA that having a lease agreement approved by the city will help with private fundraising for what the museum expects will be an $85 million project.

The city would reimburse MOSH up to $500,000 for the public and park space design.

City Council approved $12 million to help pay for the MOSH relocation as part of the fiscal year 2021-22 Capital Improvement Plan.

The DIA also is working to develop a nearly 10-acre city park on the Shipyards west of Hogans Creek as a replacement for the former Kids Kampus park.

Council would have to approve a lease with MOSH.

The DIA board is scheduled to vote on the MOSH property disposition at its 2 p.m. meeting Nov. 17. 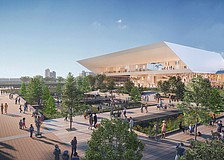 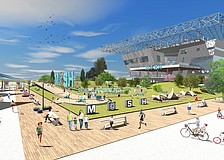 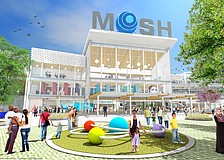 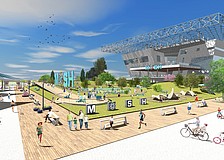 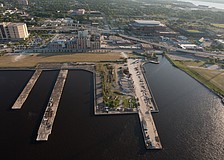 MOSH relocation could depend on Metropolitan Park, Shipyards swap