Peter Cannito say the space company should be measured in “years.”

With Redwire Corp.’s revenue lagging behind the projections it made before going public last year, its chief executive is preaching patience.

“Redwire is the kind of company that you measure in years, if not multiyears, due to the lumpy nature of our revenue and the extraordinary pipeline that we have developed as we continue to make investments,” Peter Cannito said during the company’s Aug. 10 quarterly conference call.

However, Redwire was projecting 2022 revenue of $237 million when it announced plans last year to go public by merging with a special purpose acquisition company.

Although results have been lagging, Cannito sees a bright future.

“Market demand remains strong despite the broader macroeconomic environment and this is primarily due to geopolitical competition for dominance across all segments of the space industry,” he said in the conference call.

“Although it is proving to take a little bit longer for some adoption rates and for some of these organizations to get their capabilities out, which does have an impact on near-term revenue, the plans are still there and the capability is still in high demand,” he said.

“But in the meantime, our long-term government contracts across the civil and national security segment that are primarily with government entities give us the financial strength required to remain patient while we wait for commercial space to reach its whole potential.”

Redwire reported a net loss of $77 million in the second quarter, due largely to an $80.5 million noncash charge to earnings.

On a strong overall day for the stock market, Cadre Holdings Inc. fell Aug. 12 after reporting earnings below expectations.

Cadre’s second-quarter earnings of 12 cents a share were lower than the average forecast of 20 cents by analysts surveyed by Yahoo Finance.

However, revenue of $118.2 million was 3.2% higher than last year and 6.9% better than analysts’ forecasts, Raymond James analyst Brian Gesuale said in a research note.

“Supply chain costs continue to be a headwind for Cadre, much like its peers, however Cadre seems to be doing a better job offsetting the pressure with increased penetration, pricing power and a diverse high-demand suite of products,” he said.

Gesuale, who maintains an “outperform” rating on the stock, said Cadre’s outlook is strong.

“In line with our checks and what we have been hearing from industry participants, Cadre confirmed they are benefiting from increased police expenditures, expanding budgets, and strong trends in international markets,” he said.

“Overall we view 2Q as another proof point of management’s execution, and the second half of 2022 should benefit from a strong order book,” Imbro said in his note.

The Ponte Vedra-based company, which provides a surgical treatment for bunions, is projecting revenue of $130 million to $134 million, up from $94 million last year. It was previously projecting $128 million to $133 million.

CEO John Treace said in the company’s Aug. 9 conference call that its market share in the second quarter was about 4.6% of U.S. bunion surgical procedures, up from 3.3% a year earlier, and 20% of all surgeons who performed at least one case in the last 12 months have used the company’s procedure.

The company recently moved into a new 125,000-square-foot headquarters building in Ponte Vedra to support its potential growth.

“We are executing to plan supported by a strong balance sheet that we believe is adequate to take us into profitability and to fully fund our planned commercial market and product development initiatives,” Treace said.

Treace Medical reported an adjusted net loss of $12.8 million in the second quarter.

The Fortegra Group Inc.’s parent company called off plans for an IPO in the second quarter of 2021 when it could not get the price it wanted for the Jacksonville-based specialty insurance company.

But as Tiptree Inc. held its second-quarter 2022 conference call Aug. 9, speculation continued about an IPO or spinoff for its Fortegra subsidiary.

Investment firm Warburg Pincus acquired a 24% stake in Fortegra in June, and that agreement included provisions that anticipated another run at an IPO.

One investor asked if a straight spinoff of the business into a separate company would make sense.

“Fortegra has now got capital to grow. It’s hitting its numbers and exceeding its numbers that have been targeted. We see a great path of growth for Fortegra,” he said.

“We’re very happy with our investment in Fortegra. We want to see continued value to Tiptree shareholders,” Barnes said.

“We acknowledge by taking on a private equity partner, there is going to be an objective from them to see a monetization at some point. That can come in a couple of different forms. It can come in an IPO, potentially. It could come in a sale of the business. But a spinoff, frankly, may be complicated,” he said.

“We have a long-term view, and we’re going to manage that how we see best.”

As the company announced its second-quarter earnings, Texas-based Muscle Maker said it will be opening a Pokemoto Hawaiian Poke, which offers items including Hawaiian poke bowls, salads and burritos.

The company has not yet set the opening date for the restaurant at 700 Blanding Blvd., which will be its first Pokemoto in Florida.

The location is in South Blanding Village, where SuperFit Foods already operates.

The company acquired SuperFit in March 2021. Muscle Maker reported SuperFit’s revenue fell 31% in the quarter to $374,884, but that business recorded a profit from operations of $67,940.

Muscle Maker had total revenue of $2.9 million in the quarter and a net loss of $1.77 million.

The Jacksonville-based developer of wireless technology has no products on the market.

Its focus has been on several lawsuits against major telecommunications product manufacturers, alleging they have infringed on ParkerVision’s patented technology in their products.

LFTD Partners Inc. reported second-quarter revenue of $16.8 million, up from $6.7 million the previous year, with earnings rising by 9 cents a share to 20 cents.

The company continues to look for acquisition candidates after calling off two deals in December.

In LFTD’s Aug. 12 conference call, CEO Gerard Jacobs said it in advanced merger discussions with a company in the cannabis industry. However, Jacobs said he could not provide more details.

Patriot Rail Co. announced an acquisition that will expand its network of short-line railroads into 12 states.

Patriot, which is majority owned by Igneo Infrastructure Partners, did not announce terms of the acquisition.

FloWorks said Flotech’s management team will continue with the company.

Besides Jacksonville, Flotech has facilities in Charleston, South Carolina, and Mobile, Alabama. 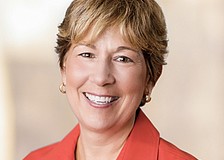 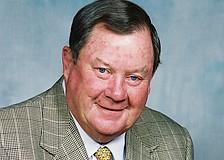 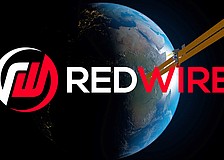 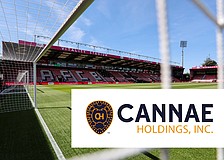 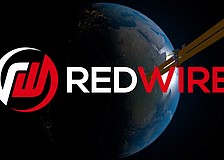