The plans show 58,943 square feet of existing structures will be replaced with a smaller one.

Publix Super Markets Inc. appears to be planning to demolish and replace its store at Deerwood Village in the Baymeadows area.

The city issued Mobility Fee Calculation and Concurrency Reservation certificates for the project on 5.69 acres at 9964 Old Baymeadows Road.

The site is at Southside Boulevard and Old Baymeadows Road.

The plans show 58,943 square feet of existing structures will be replaced with a smaller one.

The two buildings on the site comprise an almost 45,500-square-foot supermarket and the adjacent 12,350-square-foot CVS Pharmacy at 9962 Old Baymeadows Road.

Publix and CVS did not respond to questions about the project.

The new 46,791-square-foot Publix would have a 1,400-square-foot retail space next to it. Publix sometimes opens an adjacent Publix Liquors store, but plans do not identify one.

Lakeland-based Publix Super Markets Inc. owns the buildings and the parking lot, which is shown as accommodating 240 cars.

The city calculated no mobility fee for the traffic impact. The property use remains the same.

Equity Development Group Inc. of Boca Raton is the agent for the project

The Publix is one of the first three that opened in Jacksonville in the early 1970s.

One of the first two was in Arlington at the Expressway Mall, which was demolished.

That site now is being developed with town houses. 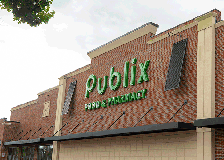 Plans show Publix to raze and rebuild at Harbour Place 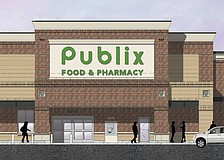 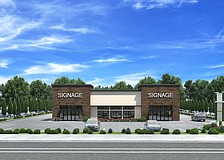 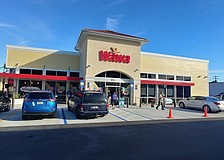