The Heartland Dental-affiliated practice will relocate from the Ed Ball Building.

Downtown Dental Associates, through Heartland Dental, signed a lease to open Downtown in the historic Dyal-Upchurch Building at 6 E. Bay St., No. 101.

The lease with the city describes the office as 3,072 rentable square feet on the first floor of the Ed Ball Building.

The city is reviewing a permit for the estimated $750,000 tenant build-out for Heartland Dental in 3,520 square feet on the first floor where a production studio operated.

He said the practice will lease 3,856 square feet of space.

Murphy said Downtown Dental Associates has been operating Downtown since the 1960s.

He said the 10-year lease, with options, was executed Sept. 30 for the Dyal-Upchurch Building.

Facing the building, the space is to left of the main entrance.

Steinemann said Heartland should be able to start on its build-out within the next few months, depending on permits.

“Our hope is that the practice will be up and running by the end of Q3 2023. It was a pleasure working with Heartland’s team and Murphy Land throughout the process,” she said.

“We are glad we could get this deal to the finish line and play a role in keeping Heartland Dental Downtown.”

Steinemann said the dental practice will occupy the space previously used by On Ideas as a production studio.

It is at Bay and Main streets at the foot of the Main Street Bridge.

Murphy called it “an exceptional location.”

“I’m glad they are going into our building. It’s a great location,” Hanania said.

He said there is a lot of foot traffic Downtown in that area with activity from business and residential tenants and he expects more with pending construction of mixed-use projects.

Ina Mezini, Downtown Investment Authority marketing and communications specialist, said that at present, no assistance or approvals are being sought from DIA or the Downtown Development Review Board for the move of Downtown Dental Associates to 6 E. Bay Street.

Heartland Dental has more than 1,700 locations nationwide with up to 2,000 expected by year-end.

It acquires and supports practices that retail their names and clinical independence.

Murphy said Heartland Dental has more than 1,700 offices nationally with close to 2,000 stores expected by year-end, and is growing by 150 to 200 stores annually.

He said each Heartland Dental in the U.S. has a local name. In addition to its affiliated stores, it is developing new stores, typically on an outparcel in a grocery-anchored center.

Murphy said four more are opening soon in Northeast Florida and another will start construction in January. 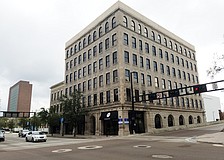 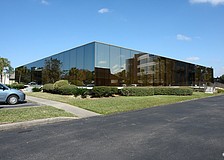 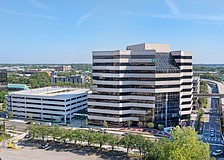