A representative for the property owner says it is in lease negotiations with an industrial maritime project for 300 jobs.

The Jacksonville City Council will allow the owner of the historic former Ford Motor Co. factory in Talleyrand to demolish the 97-year-old riverfront landmark for a possible maritime industrial redevelopment project.

The Council’s 17-0 vote overruled a June 9 order by the Jacksonville Historic Preservation Commission that denied Amkin Hill Street LLC a certificate of appropriateness to raze the structure at 1900 Wambolt St., which was an assembly plant for the Model T and Model A that city historic preservation staff said automaker Henry Ford helped plan and operate.

Amkin, controlled by Miami-based investor Ramon Llorens, bought the property in February 2015. An Amkin representative told the Council Land Use and Zoning Committee on Oct. 4 that he is negotiating with a U.S.-based shipyard owner that is considering bringing 300 jobs to the site.

Another Amkin representatives told city officials that pilings at the plant are structurally unsound and that its contracted engineer deemed the building not salvageable. Historic Preservation staff and commission members said in the denial that the professional engineering evaluation of the building by Morales Consulting Engineers that Amkin submitted in its application lacked a detailed analysis to prove the building was at risk of collapse.

Although several Council members acknowledged the historic significance of the building, they said the decision to grant Amkin’s appeal came down to the condition of the buildings and the possibility of more jobs in the Eastside neighborhood.

Sonny Redmond, who was a managing member for the former property owner, Hill Street LLC, is a consultant for Amkin.

“We’re in confidential negotiations with a large shipyard owner that has three existing military shipyards in the United States to come into the facility,” Redmond told the LUZ committee.

“We’re making improvements to get ready for his activities if we can finalize a lease. They’re going to bring 300 new, high-paying jobs to the community that we’re in,” he said.

“If it could have been renovated, we’d have done it,” Redmond said. “It’s impossible.”

The 14.64-acre Ford plant site is next to the north side of the property where Fincantieri Marine Repair is making a $30 million improvement to marine infrastructure, including work to accommodate a 500-foot dry dock.

The dry dock will give the shipyard the capability to perform extensive maintenance work on larger military, government and commercial vessels as early as next year and support 300 jobs, the company said in May.

Redmond said Amkin is working with Fincantieri to expand its footprint. He did not specifically name the maritime company as Amkin’s prospective tenant, but he said the redeveloped Ford plant would bring the job total at the two sites to 600.

He said the potential tenant wants to lift ships out of the water for repairs.

Asked Oct. 11 if Fincantieri considered the Ford plant site previously, or was in active talks with Amkin for use of the property, the marine repair company’s CEO Ryan Smith emailed a response that did not confirm or deny it:

“Fincantieri considered many waterfront properties along the St. Johns River for potential development and usage. We ultimately selected Commodores Point as our facility.

“Industrial waterfront is important to the Jacksonville economy and maritime industry and we hope that the property finds its highest and best use for the businesses and community of Jacksonville.”

Jacksonville Historical Society Executive Director Alan Bliss said he met with Llorens more than a year ago about preserving some or all of the Ford plant. He said he was told Fincantieri considered the property for its project.

Fincantieri Marine Repair LLC is a part of that.

Before the vote Oct. 11, Council member Reggie Gaffney, who represents the area that includes the Ford plant, said that about five companies have passed on the site since he first took office in 2015.

“Once this structure is down, you will see opportunities. You’ll see jobs created for the Northside of town and the Eastside of Jacksonville,” Gaffney said.

Council member Nick Howland said before the 7-0 LUZ Committee vote to allow the demolition that the jobs could help the Eastside’s unemployment rate of 12.8%

“If this creates jobs … that outweighs, to me, what is more of a historical and an emotional appeal,” he said. “It’s a tough one.”

According to city Assistant General Counsel Susan Grandin and former Planning and Development Department staff Susan Kelly, who prepared the commission’s report about the property, the plant has had local landmark status since Nov. 23, 2003.

The ownership group at the time, which included Redmond, requested the landmark designation, which is meant to give the building some protection from demolition.

Kelly, who now works for the Downtown Investment Authority, said the Ford plant was designed by prominent industrial architect Albert Kahn and Henry Ford was directly involved in the project.

It met five of the city’s seven criteria for landmark status, which would have exceeded the threshold for the city to deem the building historic without the owner’s support.

Morales’ report said that damage to the timber pile-supported wharf around the building included portions with up to 100% section loss and loss of fill material under the building itself.

The report said it commissioned an underwater inspection by Blacksmith Marine in 2016 that concluded all of the bulkheads were in poor condition.

“Based on the condition of the existing Wharf and the exposure of the original untreated exterior building piles, and the demolition necessary for the installation of the new Bulkhead, (t)he building foundation would be compromised,” Morales’ report says.

“It is my opinion that due to the deteriorated condition of the existing Wharf and its effect on the building perimeter foundation, along with the demolition necessary for installation of a new bulkhead the restoration of the building is not structurally feasible.”

Bliss and the city Planning and Development staff agreed the eastern third of the building was likely deteriorated beyond repair but said some of the factory, former showroom and office areas could likely be preserved.

Grandin argued during the LUZ meeting that the appeal should be denied because the engineering report did not include specific data to support the structural claim. She said it was the property owner’s responsibility to maintain the structure, although the city did not move forward with administrative fines for the neglect.

“They spent a lot of money buying property around there, but they didn’t spend any money on this building,” Grandin said. “And they want to just tear it down. Again, they knew it was a landmark. They knew how important it was.”

Council members Rory Diamond and Brenda Priestly Jackson said Oct. 4 that, without a structural evaluation by the city, Morales’ report was the only compelling evidence the committee had when making its decision.

“That is erosion. That is deterioration,” Priestly Jackson said.

The Council approved an amendment Oct. 11 by Council member Danny Becton to require Amkin to do photographic and video documentation of the plant before it is demolished. Amkin will pay for the project, capped at $10,000. Becton’s amendment gives at least 90 days for the historic documentation and Amkin can apply for its demolition permit simultaneously.

The historical society will help facilitate the project with a local historian and photography firm, according to Bliss.

Bliss said the documentation would be archived physically and online with the Jacksonville Historical Society and the city’s Division of Historic Preservation Planning.

Bliss said when he met with Llorens and Redmond, it was clear their interest was not in preserving the building.

“It’s tough when the property owner is not on board with a preservation plan or some support for restoration of the building,” Bliss said.

“It really stacks the deck against preservation.”

Council member Matt Carlucci said the building is in tough shape because of neglect and supported documenting the structure.

“Short of saving what I wish we could have saved, this is at least something that is significant in terms of recording this valuable piece of Jacksonville’s fabric and the journey of our city,” Carlucci said.

“The spinoff effects of this plant have been huge all the way to the (Jacksonville) Port Authority.”

The plant is near JaxPort’s Talleyrand terminal.

If the site is redeveloped, Bliss said an industrial use would be more economically beneficial to the Eastside than a multifamily residential or condominium project.

Bliss said an industrial project would pay homage to the history of the area.

“That makes it faithful to the legacy of Jacksonville’s working waterfront,” he said. 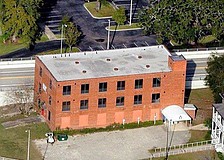 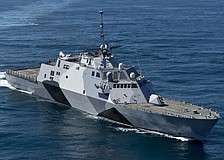 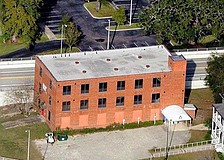 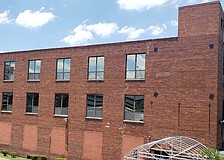 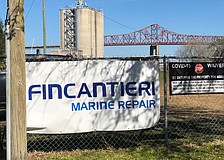