The money is part of a $47 million project to purchase and install near-zero and zero-emission equipment and chargers.

The Jacksonville Port Authority announced Oct. 31 it received a $23.5 million federal grant to fund part of the port’s $47 million program to reduce emissions in cargo handling.

The money is from the U.S. Department of Transportation Maritime Administration’s Port Infrastructure Development Program.

EXPRESS is one of the first large-scale projects dedicated to bring zero- to near-zero-emission cargo handling equipment technology to Florida, according to a JaxPort news release.

EXPRESS is part of an overall commitment between JaxPort and SSA to spend $370 million on modernization. The Maritime Administration awarded SSA a $20 million grant toward the improvements in 2019.

SSA is investing an additional $40 million for three additional eco-friendly container cranes that are expected to start operation in early 2023.

Another $14.6 million will go to the Crowley JaxPort Talleyrand Terminal. It will purchase about two dozen pieces of zero-emissions cargo handling equipment that includes forklifts, yard tractors and charging equipment.

“Moving to an electric fleet and more efficient terminal equipment will help us make a major impact in the Jacksonville community,” said Brett Bennett, senior vice president and general manager of Crowley Logistics, in a news release.

“This investment marks a milestone in our initiatives to build the port of the future and move cargo in the most efficient and eco-friendly way possible,” said JaxPort CEO Eric Green.

JaxPort says it is Florida’s No. 1 container port by volume and one of the nation’s top vehicle-handling ports. 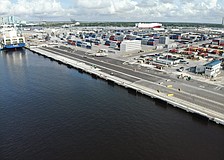 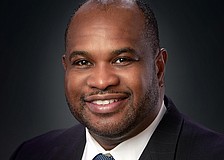 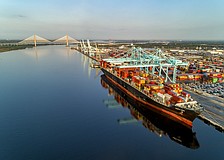 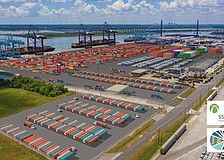 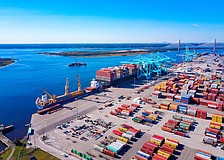