TriBridge Residential plans 270  units in the first phase at 1 Riverside Ave. where the Times-Union property was demolished.

TriBridge Residential LLC broke ground Sept. 22 for the first phase of its riverfront apartment community at One Riverside. (Photos by Dede Smith)

TriBridge Residential LLC broke ground Sept. 22 for the first phase of its riverfront apartment community at One Riverside. (Photos by Dede Smith)

Demolition work is nearly complete at One Riverside, the former Florida Times-Union property.

Demolition work is nearly complete at One Riverside, the former Florida Times-Union property.

Officials and dignitaries take part in the groundbreaking.

Officials and dignitaries take part in the groundbreaking.

Multiple groups of officials took part in the groundbreaking.

Multiple groups of officials took part in the groundbreaking.

Plans for One Riverside include a Publix and Whole Foods Market.

Plans for One Riverside include a Publix and Whole Foods Market.

Shovels, hardhats and chairs are prepared for the groundbreaking ceremony.

Shovels, hardhats and chairs are prepared for the groundbreaking ceremony.

The One Riverside Jacksonville project is designed for the 18.84-acre Northbank site where the daily newspaper operated

The One Riverside Jacksonville project is designed for the 18.84-acre Northbank site where the daily newspaper operated

Katherine Mosley, a partner with TriBridge Residential, speaks at the groundbreaking ceremony. (Photos by Dede Smith)

Katherine Mosley, a partner with TriBridge Residential, speaks at the groundbreaking ceremony. (Photos by Dede Smith)

One Riverside is planned along the St. Johns River west of the Acosta Bridge.

One Riverside is planned along the St. Johns River west of the Acosta Bridge.

The site plan for One Riverside.

The site plan for One Riverside.

With the almost 19-acre site still being cleared, TriBridge Residential LLC broke ground Sept. 22 for the first phase of its riverfront apartment community at One Riverside.

One Riverside, designed for apartments, restaurants, retail stores and amenities, is expected to be a $250 million project.

In addition to the TriBridge apartments, a Whole Foods Market, retail space, a city park and a restored McCoys Creek are planned at the Northbank property next to the Acosta Bridge.

TriBridge Partner Katherine Mosley said she anticipates completion of the first 270 units and a restaurant by year-end 2024.

“We’ve been developing in the Jacksonville market for about 10 years. And as such, I have followed the history of the Times-Union redevelopment,” she said at the noon event.

She said she tried to do the deal a few times, “and last summer it just really came to fruition.”

Mosley said the Riverwalk along the riverfront and the connection to the Brooklyn neighborhood will “really enforce the sense of community that the city’s done such a great job cultivating.”

She said rental rates have not been established for the one-,  two- and three-bedroom apartments.

They will be followed with a second phase of about 125 units, but that timing depends on development benchmarks on the site.

One Riverside is being developed at the former Florida Times-Union campus at 1 Riverside Ave. Pece of Mind Environmental Inc. of Orlando began razing the buildings in February.

Live Oak Contracting is the contractor; Dwell Design Studio of Atlanta is the architect; Prosser is the civil engineer; Banko Design is the interior apartment designer; and LandDesign is the landscape architect.

He said the first phase of the apartment construction is an $83 million project.

Bertozzi said he was born at Baptist Medical Center on the Southbank, across the river from One Riverside, and he grew up in Jacksonville.

He attributed a lot of the recent development to Downtown Investment Authority CEO Lori Boyer, who leads the city authority that negotiates and approves projects within the Downtown boundary.

The One Riverside Jacksonville project is designed for the 18.84-acre Northbank site where the daily newspaper operated. The Times-Union campus was built in 1967.

The Morris family bought the property and the newspaper in 1982 and sold the paper in 2017.

The paper moved to Wells Fargo Center Downtown in April 2019.

The Jacksonville City Council approved a $31.59 million incentives package Nov. 23 for One Riverside.

The 15-0 vote authorized property tax breaks, a forgivable restaurant loan and a parkland buyback to support the multiphase development.

The plan also restores McCoys Creek and adds land for the public park and submerged lands for river access on the east side of the property.

The Council vote came after the DIA board endorsed the terms in September 2021.

Fuqua Development of Atlanta bought the site Feb. 4 for $25 million. It sold 4.3 acres to TriBridge for $15.5 million for the apartments.

Citizens Bank of Charlotte, North Carolina, financed the TriBridge project with a $69.7 million construction mortgage Aug. 25. The borrower was TBR One Riverside Owner LLC in Atlanta.

The mortgage is for the first phase on the site.

The city issued construction permits Aug. 29 and Aug. 30 for the foundations of two seven-story apartment buildings and a parking garage.

The permits show a construction cost of $14.1 million for those foundations.

The city issued a site work permit Aug. 19 for TriBridge to clear its acreage at a cost of $4 million. It is a horizontal development permit.

The St. Johns River Water Management District issued a permit July 1 for TriBridge Residential’s proposed first-phase apartment project along with a 3,000-square-foot apartment amenity and a 130-seat restaurant and patio.

Building 1000 is connected to the restaurant, which includes patio seating.

Building 2000 has a swimming pool along the river.

The eight-level, 625-space parking garage is between Building 2000 and a grocery store that will front Riverside Avenue.

A 3,000-square-foot apartment amenity building is next to the garage. There is a proposed dog run near the Riverwalk, in addition to pedestrian plazas and public art.

Fuqua Development intends to develop Whole Foods Market and other retail space, while the city will uncover and restore McCoys Creek and develop a public park.

“We were very focused on the riverfront restaurant and the impact on the Riverwalk and the connection to Riverside Avenue,” Boyer said.

“We look forward to having McCoys Creek completed and eventually the park. It’ll be a couple of years before you get to see that, but hopefully we will start to see them all come on around the same time,” she said.

“Our real goal is to try to sync these up so that no one has to suffer through anyone else’s construction project. And that’s the plan. And it will be transformative for this section of the Riverwalk.” 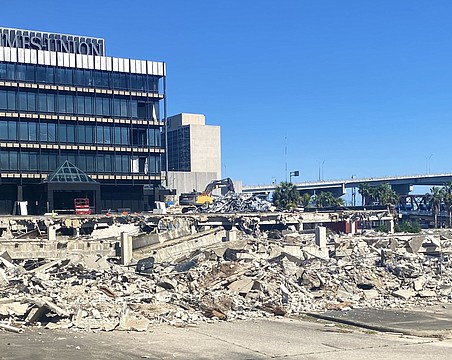 TriBridge apartments in review for One Riverside 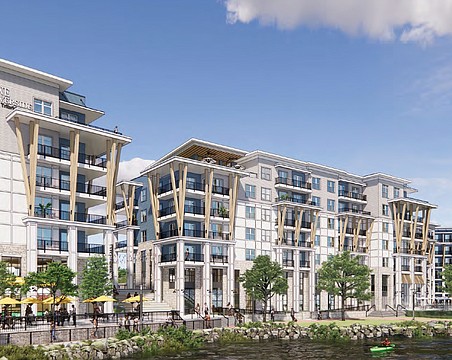 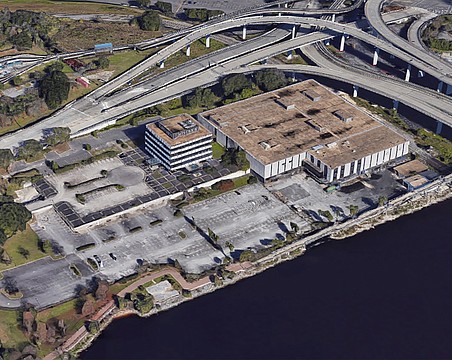 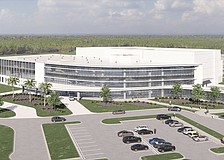 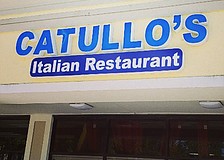 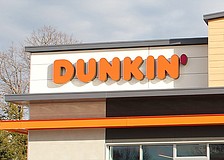 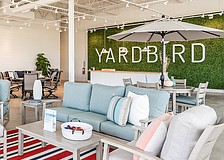