Chief executive officer Ron Shaw opened the doors to the newest Pilot Pen distribution building here Monday. The addition to their East Park facility on the Southside marks a $10 million expansion of the only North American manufacturing plant that Pilot operates. Three shifts of 27 total new employees are being added as well and executives anticipate paying $6.50 to $9 an hour for these positions, depending on experience.

Tours of the original facility, which was built in 1995, outlined the process of taking the product from raw materials and converting them into a usable form.

Utilizing a centrifuge exacting four times the force of gravity, the machines force ink into the pen casing in a manner to prevent the instrument from leaking.

“The centrifuge will turn those containers at 9,000 revolutions per minute,” said Mark Peters, vice president of manufacturing for Pilot Corporation of America.

“It forces all the ink into the tip of the point and makes all the air come out so that there are no air bubbles. That eliminates the back flowing or leaking of the refill.”

Just set up four weeks ago, the new equipment had a price tag of $2 million and 700,000 pens can now be produced daily in the United States.

Robotics play a big part in the assembly process. Machines are used to even test write the pens. Five brands of Pilot pens are produced at the plant.

Across the way, the 100,000 square foot warehouse will be used for assembling, packaging and shipping their popular gel ink pens. With the advent of the new building, finished goods are being relocated there into specially designed racks standing 35 feet tall. The old space in the plant will be held for future expansion.

Pilot chose to ratchet up production stateside due to domestic demand for their G2 gel pens, a combination of water-based and oil-based designs, outstripping the pace the parent company in Japan could ship the item.

Jacksonville was selected because its port complemented the company’s intermodal capabilities. Pilot’s Jacksonville facility originally opened in mid-1995 with only 30 employees; now there are 148. 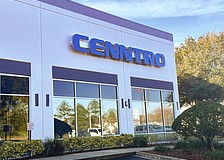 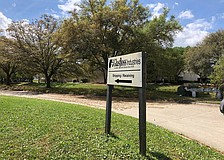 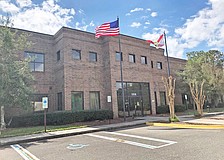 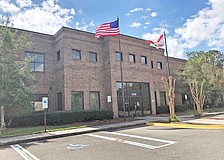 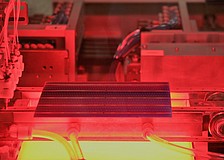 JinkoSolar: ‘The most automated factory in Florida’