From name changes to splitting possessions, divorce creates a state of turmoil for most consumers. Michelle Ash wants to make sure they don’t suffer long-term financial consequences from an experience that’s already emotionally devastating.

Ash is Northeast Florida’s only female certified divorce financial analyst, one of just three such analysts in the area. A recently re-married divorcee herself, Ash is offering her advice in a $29 class called “Divorce: Negotiating Your Financial Future” at Florida Community College at Jacksonville’s Downtown campus today.

In addition to her new role as a local adjunct instructor, Ash is a co-founder of the Jacksonville branch of The Householder Group, one of the largest independent investment advisory firms in the United States. She said her job description usually comes as a surprise to strangers – despite the most recent statistics from the U.S. Census Bureau, which indicate one in five American adults has been divorced.

“The most common response is ‘Really? I didn’t know there was anybody out there who did that,’ ” said Ash.

Her class will help dispell common misperceptions about the financial details of divorce for people about to go through one, Ash said. For example, she said, many people think a 401K retirement plan’s assets cannot be split during a divorce. Not so.

“People think, ‘It’s all mine,’ ” she said. “But if it was acquired during the marriage, it’s marital property.”

Other class topics will include child support, alimony, property division, retirement plans, healthcare and life insurance. For her day job, Ash is typically hired for an hourly or flat fee by an individual or an attorney. She has nine years of financial planning experience and has been certified specifically for divorce cases for a year.

“Since I have been through it in my life, it [divorce] is something I understand from an emotional perspective,” said Ash. “When I found out about the certification, it was something I felt very passionate about.”

Ash said her experience with divorce has given her a better understanding of the importance of smart financial planning during a time when many people take a “stick your head in the sand type of approach.”

Although her clients are fairly balanced among both sexes, Ash said she’s been surprised by the number of male clients who have sought her help over the past year.

“I thought for sure it would be primarily focused on females,” she said. “I know from being in the financial planning realm that women tend to be less educated on large financial matters in the family, such as investments ... Percentage-wise, men tend to handle the decisions with the big assets.”

Ash had a few general tips to offer:

• Try to be objective rather than emotionally tied to assets. “You’ve heard the stories of someone arguing over a set of china and they paid three times more in legal fees than if they’d repurchased the china,” said Ash. “I share the actual numbers so they [clients] can see the impact.”

• Think long-term. Ash said divorcees need to evaluate where they want to be in several years, especially when it comes to property ownership and future tax consequences.

• Not everybody needs a divorce financial analyst. Ash said the following people probably need financial planning most in a divorce: those who own businesses, those with significant retirement plans, pension or employee benefits or those who make significantly more or less income than the other party. 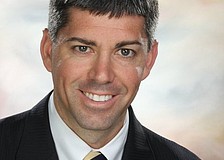 A healthy approach to financial planning

Advisor offers an education in investing