In a move aimed at getting doctors to treat more low-income patients, the federal health overhaul likely will lead to increased Medicaid payments to Florida primary-care physicians.

The federal Affordable Care Act, which was largely upheld last month by the U.S. Supreme Court, requires higher Medicaid payments to primary-care physicians in 2013 and 2014.

Florida Republican lawmakers had not started moving forward with the higher payments because of their broader opposition to the act, which they deride as "Obamacare."

Even if such a repeal happens, Negron said he supports the state increasing Medicaid payments to primary-care physicians.

"It's real simple,'' Negron said. "If you pay people fairly for their work, they're happy to take on more patients."

The federal government would fully fund the increased payments in 2013 and 2014, though Florida would have to pick up a share of the additional costs in later years.

The act would require Medicaid payments to primary-care physicians, such as family doctors and pediatricians, to mirror higher payment levels in the Medicare program.

In Florida, that could be a substantial boost for some types of doctors. As an example, Tallahassee physician Louis St. Petery, executive vice president of the Florida Pediatric Society, said pediatricians who treat Medicaid patients are paid an average of 56 percent of what Medicare would pay.

St. Petery and officials of other physician groups said the low Medicaid payment rates have deterred doctors from seeing Medicaid beneficiaries, which has created problems in patients having access to care. St. Petery said many doctors consider the higher Medicare payment levels as "the break-even rate."

"For years, we have argued that Medicaid payment for physician services should be on par with Medicare payment,'' Tim Stapleton, executive vice president of the Florida Medical Association, said in an email.

“The fact is that Florida physicians are paid very poorly under Medicaid. As a result, many physicians do not accept Medicaid, not because they don't want to take care of these patients, but because they can't afford to treat them,” he said.

The U.S. Supreme Court's landmark decision in late June upheld most of the Affordable Care Act, though it gave states an option about whether to go along with part of the law that would expand Medicaid eligibility to more low-income people.

Gov. Rick Scott, an outspoken critic of the act, has said Florida will not expand Medicaid eligibility, at least in part because of the possibility of increased costs in the future.

In response to a question Thursday about Scott's stance on moving forward with the increases, spokesman Lane Wright said in an email: "Governor Scott has stated he will comply with any part of the law that is required before January 1, but he hopes the law will be repealed before any of these other provisions go into effect."

A Senate budget plan early this year included fine print that would have allowed the state to use $438.5 million in federal funds to increase primary-care physician payments in January 2013.

House leaders would not go along with the idea because it was linked to the Affordable Care Act, which was under review at the Supreme Court.

With the issue being left out of the budget, it is somewhat unclear how the state could move forward with the increased physician rates in January. One possibility would be for the Legislative Budget Commission, a joint House and Senate panel that can make budget changes, to take up the issue.

The state's costs of increasing physician payment rates also are unclear, though a January analysis indicated the cost during the 2014-15 fiscal year — the first year the state would have to pick up part of the tab — would be as much as $188.6 million.

Michelle Dahnke, a spokeswoman for the Florida Agency for Health Care Administration, said Thursday in an email that the state is waiting for information from the federal government about the "impact" of the Supreme Court decision on various parts of the Affordable Care Act. She said the agency has not updated the cost estimates since January.

Regardless of the federal law, Negron said he thinks the state can find money to increase physician payments.

For example, he said the state has increased payment levels for dentists who treat children enrolled in Medicaid. Also, a 2011 law aimed at transforming Medicaid into a statewide managed-care system includes a provision to spur higher physician payments.

"It's about priorities,'' Negron said. "And making sure our friends and neighbors on Medicaid can see a doctor is a top priority for me." 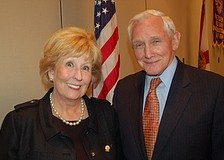 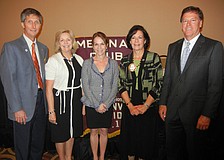 Affordable Care Act 'starts the dialogue we need to have'