Heavy Equipment Resources of Florida Inc. will be presented with the President's "E" Award for Exports on Monday in Washington, D.C., for its efforts to expand national exports.

The award was created by executive order of President John F. Kennedy to recognize people, firms or organizations that significantly contribute to increase United States exports.

The award is the highest recognition any U.S. entity can receive for supporting export activity.

Heavy Equipment Resources is Jacksonville-based and specializes in the export of components, spare parts and heavy machinery to the mining and earthmoving industries throughout the world. According to its herofl.com website, the company prides itself on being able to rapidly deliver hard-to-find parts and components to remote mining operations globally.

Individuals and organizations can apply for the award.

The company, also known as HERO FL, in its application said U.S. mining and earthmoving industry companies "always want the newest nicest technology, electronics and machinery." It said the company also has had to adapt to demands from other markets, Africa for example, which are "for older more mechanical machinery and equipment as opposed to the newer equipment that have more electronic features."

The company also has had to be faster and more time-sensitive to serve remote locations, which do not have access to technology that developed regions of the world do.

"The 'E' awards committee was very impressed with HERO FL's dedication to developing the complicated logistics required to move its equipment worldwide. The company's adaptation of its products to sell into African markets was particularly compelling," said Rebecca Blanke, U.S. Deputy Secretary of Commerce.

Shafer graduated with a bachelor's degree from the UNF Transportation and Logistics program.

The award honors 37 companies in 2013 for demonstrating a sustained increase in export sales over several years. More than 2,500 firms have been recognized through the award since the program's inception 51 years ago.

The award's history stems from World War II, when more than 4,000 "E Pennants" were presented to war plants in recognition of production excellence.

Applicants do not compete for the award. Each application is judged on its own merit, said Thomas Strauss, Southern Regional Director U.S. Department of Commerce. 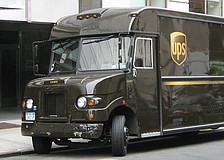 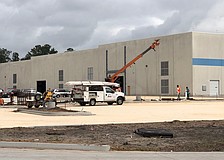 Southside UPS center to be ready by 2020 holidays