Less than two weeks after buying a house in Southside, his restaurant group bought property in OakLeaf Town Center for the area’s fourth PDQ location.

North Florida/Georgia Market Director Pam Murphy said Tuesday this will be the seventh PDQ owned by the H2 group led by Tebow and Vinny Testeverde, a former University of Miami quarterback and 21-year veteran of the NFL.

The OakLeaf restaurant should open after Thanksgiving, she said.

The first PDQ — “People Dedicated to Quality” — opened Nov. 3 at Beach and Hodges boulevards and the second opened March 3 at 13702 Old St. Augustine Road in Bartram Park. The third, in Bartram Walk West at Race Track Road and Florida 13 in St. Johns County, should open Aug. 10.

The other PDQ restaurants in Tebow’s territory are in Ocala, which opened June 22, and in Evans, Ga., west of Augusta, which opens Sept. 7.

“They are all doing very well,” Murphy said. The Tampa-based chain opened No. 25 last Sunday in Tampa, she said.

slices and shakes and other beverages.

Murphy said she couldn’t identify future restaurant sites other than to say that Gainesville and Augusta, Ga., are “in the picture.” Customers interested in openings can check the eatpdq.com site, which lists locations as “coming soon” about two months before they open.

Along with Tebow and Testaverde, other investors in H2 Restaurant Partners LLC are Tampa lawyers Todd Alley, managing partner of Alley, Clark & Greiwe, and Fred Ridley, a partner with Foley & Lardner.

Tebow’s largest local presence is the Tim Tebow Foundation, which assists children around the world.

The former NFL quarterback played two seasons for the Denver Broncos and one season for the New York Jets.

He was signed by the New England Patriots, but cut after preseason training.

ESPN hired Tebow to work as a college football analyst on the SEC Network it will launch in August. 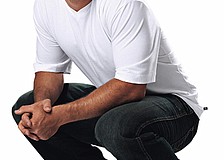 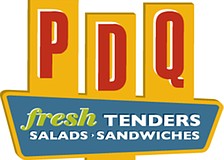