After a bruising housing recession, being too popular is a good problem to have.

Nocatee is adding eight new communities this year to its master-planned development, bringing the total number since 2006 from 11 to 19.

“Largely we are doing this out of the demand we’ve seen,” said Roger O’Steen, chairman of The PARC Group, developer of the 14,000-acre site in St. Johns County.

At 838 sales in 2013, Nocatee was the fifth best-selling community in the country. It is on track this year to sell more than 1,000 homes.

Three of Nocatee’s neighborhoods — Austin Park, Tidewater, and KellyPoint — have sold out and another two — Brookwood and the Enclave — are expected to sell out within 45 days.

Nocatee’s success is due to a master-planning strategy that goes beyond a single neighborhood, O’Steen said.

The design of each area is targeted to appeal to different home and lifestyle preferences: empty nesters, first-time homebuyers, suburban families or people seeking an age-restricted active adult community. There are neighborhoods for a walkable urban lifestyle, connectivity to a greenway trail or coastal living atmosphere.

“If we used 10 builders in a community, they would all cannibalize each other’s business,” O’Steen said. “If we didn’t establish any requirements (such as, on lot size and square footage), they would all rush to the same price point.”

The PARC Group also picks builders who are good at the specific type of product being targeted, so everyone has a better mix, he said.

However, there is some overlap of the builders’ products, added Rick Ray, company president and CEO, in order to create healthy competition and give buyers choices.

Nocatee progressed even through the recession because the PARC Group continued to build infrastructure and amenities, such as a water park and preserve trail, which it had promised buyers.

“We never changed our vision,” Ray said. “In a situation like this, you either pull back on your investment or go forward. We’d been telling the community we were going to do this and we were going to deliver.”

Besides the new neighborhoods, the PARC Group will soon add a K-8 school and a $5 million park. Construction also will soon begin on a new 15,000- to 18,000-square-foot commercial center that will house such neighborhood services as a ReMax office, a pediatrician’s office, a Baptist Primary Care center, a restaurant, VyStar Credit Union and professional office space. 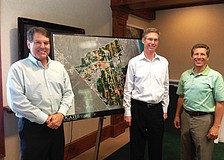 A tale of two counties

A tale of two counties 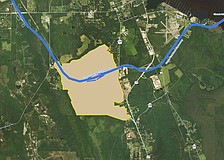 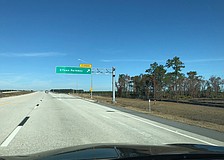